A system of super-Earth planets has been detected orbiting one of closest stars to the Sun, Gliese 887. An international team of astronomers, including Professor Richard Nelson and Dr Gavin Coleman of Queen Mary University of London, made the discovery as part of Red Dots, a project to detect terrestrial planets orbiting stars close to the Sun. 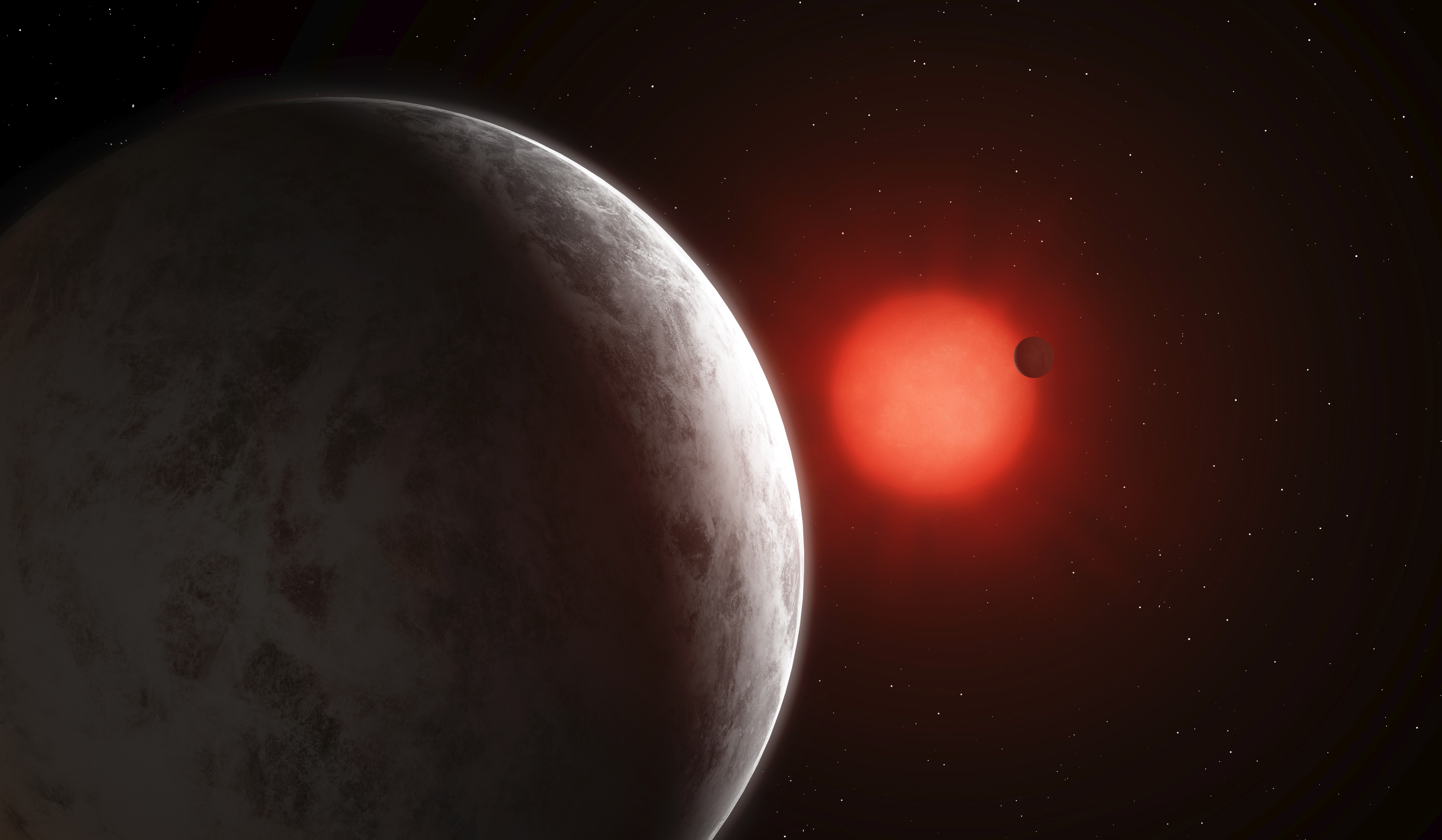 The research, published in Science on Thursday, suggests the newly discovered planets - which are larger than Earth- exist near to the star’s habitable zone and could be rocky worlds, pointing to the possibility of life outside the Solar System.

The Red Dots research team found the tiny back and forth wobbles of the star caused by the gravitational pull of the planets. The two planets orbit their star every 9.3 days and 21.8 days respectively, much faster than Mercury's orbit around the Sun. If these planets reflect a similar amount of starlight to Earth, Gliese 887 c, with an orbit of 21.8 days, has an estimated temperature of 70oC, slightly hotter than Earth.

Prior to the discovery, the space science community had anticipated that red dwarf stars like Gliese 887 may typically harbour more than one planet based on predicted estimates from astronomers.

Professor Richard Nelson, from the Astronomy Unit in the School of Physics and Astronomy at Queen Mary, said: “Computer simulations of planetary formation, such as those we’ve been undertaking at Queen Mary in recent years, predict that planets rarely form on their own and that most often they prefer to form in systems of planets. It’s fantastic to see these predictions being confirmed through the discovery of a planetary system in our own cosmic back yard.”

So far, the Red Dots project has found a total of seven planets orbiting four of the nearest stars to the Sun, including the discovery of another system of three planets orbiting a nearby red dwarf in 2019.

Gliese 887 is one of the closest stars to the Sun with a distance of 11 light years. It is the brightest red dwarf star in our sky, about half as big as the Sun, but is much dimmer so the habitable zone, where water can exist in liquid form, is closer to Gliese 887 than Earth’s distance from the Sun.

The research team found that Gliese 887 is also a very inactive star. Active stars like the Sun have strong stellar winds, which can erode a planet's atmosphere. As Gliese 887 is much less active than the Sun, its close planets Gliese 887 b and Gliese 887

could retain their atmospheres and potentially host life. Though as Gliese 887 c receives more starlight than the Earth receives from the Sun, it could have a thicker atmosphere due to the inactivity of the central star.

Due to the inactivity of the star, it will be relatively easy to detect the atmospheres of Gliese 887 b and Gliese 887 c. So, Gliese 887 will be a prime target for the James Webb Space Telescope, a successor to the Hubble Space Telescope due to be launched next year. Dr Sandra Jeffers, of the Institute for Astrophysics, Goettingen University, and lead author on the study, said: “I am very excited to be leading the team that is detecting the exoplanets orbiting our closest stellar neighbours. These planets will provide the best possibilities for detailed studies including searching for evidence of life outside the Solar System.”

A video explaining the discovery can be found here.