New research from Queen Mary University of London has observed the chaotic behaviour of the solar wind at distances closer to the Sun than ever before. 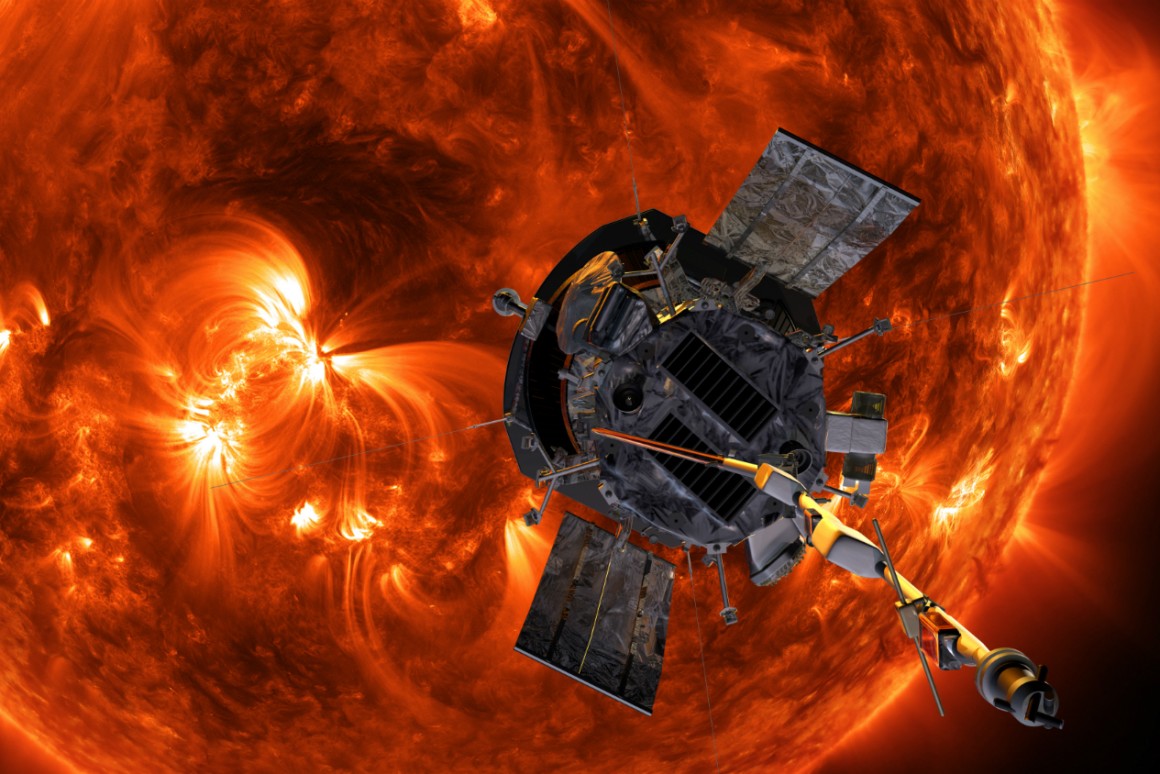 They found that the turbulence nearer to the Sun is much more intense than further away, which could help to explain some important unanswered questions in space physics.

Dr Chris Chen, Lecturer at Queen Mary and lead author of the study, said: “For many years astrophysicists have been trying to answer long-standing questions about why the solar corona is so hot – hundreds of times hotter than the surface of the Sun, and how the solar wind accelerated to such high speeds – more than a million miles per hour by the time it gets to Earth”.

“We are finding that closer to the Sun the turbulence gets much more intense and that the energy in this turbulence may be enough to cause coronal heating and also accelerate the solar wind”.

The study is published today in a special issue of The Astrophysical Journal Supplement on the first results from Parker Solar Probe.

The solar wind forms from charged particles that escape from the corona, the outermost part of the Sun’s atmosphere, and are accelerated into space.

Like on Earth, the solar wind does not always flow smoothly and can exhibit irregular swirling motions, known as turbulence.

The new research compares initial measurements from the Parker Solar Probe to theoretical models that suggest how turbulence can heat the corona by transferring its energy to the solar atmosphere, and providing an extra push to the solar wind to make it move at high speeds away from the Sun.

The research team also used data recorded by the probe to investigate the physics behind the chaotic swirling motions that make up the turbulence.

Dr Chen added: “These measurements give us a lot of information about how turbulence works in plasmas such as the solar wind. We have found some intriguing differences in the turbulence properties, which we hope to understand better as the spacecraft continues to get closer to the Sun.”

The Parker Solar Probe launched in August 2018 and has currently completed three full orbits of the Sun, with a closest approach of 35 solar radii from the Sun’s surface - twice as close as any previous spacecraft.

Over the coming years, the spacecraft will gradually get closer, to around nine solar radii from the Sun’s surface in 2024 – and is expected to reach well within the solar corona.

Dr Chen, said: “Although the results we have obtained so far have given us a lot to think about, the best data is yet to come. Once the spacecraft is within the solar corona, we will be able to directly explore this new environment for the first time, and study the processes leading to heating and acceleration there. There may well be some unexpected surprises too.”

The spacecraft is named after the space physicist Eugene Parker, who predicted the existence of the solar wind in 1958, shortly before it was first measured by a spacecraft. At its closest approach the Parker Solar Probe has become the fastest man-made object reaching speeds of more than 200,000 miles per hour.