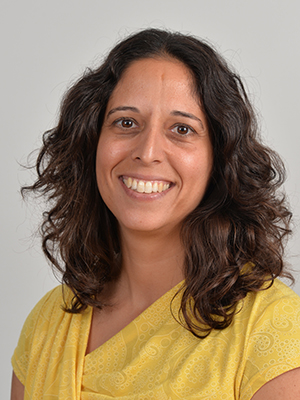 I am a Postdoctoral Research Associate at Dr Caroline Brennan’s lab. My project, funded by the Marie Sklodowska Curie Actions Individual Fellowship, is on the role of glutathione-S-transferase (GST) gene variation in susceptibility to methylmercury (MeHg)-induced neurodevelopmental disorders in zebrafish.

Accumulating scientific evidence indicates that human early-life exposure to a growing number of industrial contaminants plays a prominent role in the increase in diagnosis of neurodevelopmental syndromes in children, such as autism spectrum disorders (ASDs), attention deficit/hyperactivity disorder (ADHD), and other cognitive impairments and neurodevelopmental delays. It is widely agreed that this increase cannot be fully attributed to expansion of diagnosis or identification of genetic predisposition. Environmental contaminants such as pesticides, flame retardants, polycyclic and halogenated aromatic hydrocarbons, and heavy metals, are progressively recognized as having a dominant influence on the etiology and prevalence of many disorders. Thus, it is hypothesized that gene-environment interactions between susceptible genetic backgrounds and exposure to specific toxicants during sensitive developmental windows may lead to increase in prevalence of neurodevelopmental disorders (NDDs).

My hypothesis is that zebrafish carrying null variants of specific GST genes will have higher susceptibility to MeHg-induced developmental neurotoxicity, and increased risk of NDDs.

To test this hypothesis, I use the CRISPR-Cas9 gene editing technology to generate null mutant zebrafish lines for GST variants suspected in altered sensitivity to MeHg toxicity, and test their susceptibility to NDD-related behaviors following developmental exposure to MeHg or oxidative stress. I will further test for potential biomarkers for adverse outcome prediction, including measurement of Hg retention levels, oxidative stress levels and changes in early transcriptomic and epigenomic markers.

More broadly, I am interested in understanding how developmental exposure to human-released pollutants contribute to the prevalence of neurodevelopmental and neuropsychiatric disorders. I am using the pioneering zebrafish model to rapidly gain insight on the effects of a wide array of compounds on neurobehavioral function, and to further investigate the underlying mechanisms of these effects. My long-term goal is to identify the mechanisms and potential intervention points for treatment and prevention of environmentally induced neurodevelopmental disorders through a deep understanding of the specific neural and behavioral impacts caused by different chemicals, finding common pathways of perturbation, and identifying markers that will provide early indication for adverse outcomes.