On the Origin of CCLS by Means of CIPA Selection 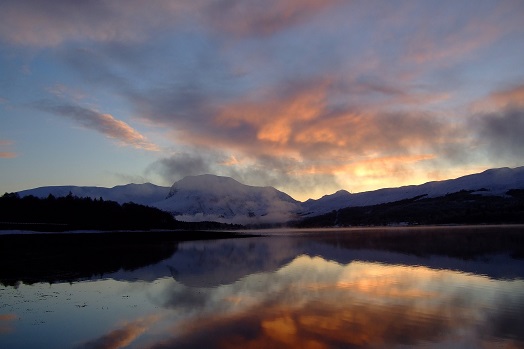 Anniversaries are generally a time for reflection so as CCLS reaches middle age, this is an opportunity to look back and recall the origins of the Centre. Although it is well-known that the Centre was an initiative by Sir Roy Goode, it is perhaps less well-known that intellectual property law was its first subject specialism or that the patent profession provided the catalyst for founding the Centre. The story is a recipe of committees, reports, diligence, and perseverance, with a garnish of gambling, sex, drugs, broken bones, luxury yachts and a hint of fermented anchovy sauce.

The origins of CCLS can be traced back to the 1950s and initiatives led by Herbert Mathys at the Trade Marks, Patents and Designs Federation, to create a Lectureship in the subject. These proved unsuccessful, as did a later initiative by John Kemp, a patent and trade mark agent, to create a Chair at KCL in 1970. A third initiative was undertaken by the Chartered Institute of Patent Agents and its Qualifications and University Foundation Committees, both chaired by Walter Weston. Thanks to his work and record-keeping, the story of the origins of CCLS are recorded for prosperity.

An announcement by the University of Cambridge of an endowment from Herchel Smith to fund the foundation of the Sheila Joan Smith Professorship of Tumour Immunology caught the attention of the CIPA committee tasked with the role of financing a comparable Chair in industrial property law. The donor, Herchel Smith, was from a family of East London bookmakers who had relocated to the Devonshire port of Plymouth. He exchanged the world of licenced gambling at Newton Abbott races to study organic chemistry at Cambridge, before moving to the Dyson Perrins Laboratory (of Lea & Perrins Worcestershire Sauce repute) at Oxford and then onto Manchester before departing the UK for Wyeth Pharmaceuticals in Pennsylvania, USA. He amassed considerable wealth from patent royalties on new approaches to the synthesis of steroids, including the compound Norgestrel, which is widely used in contraceptive drugs.

Fortuitously, Gerald Hargreaves, his former in-house patent agent at Wyeth was serving on the CIPA committee. Equally fortuitously, the two ex-colleagues had maintained a good rapport since working together twenty years previously, with Herchel Smith extending invitations to stay on his self-designed ocean-going yacht, appropriately named Synthesis. As such, Gerald Hargreaves was tasked with the approach and he received a positive reply from his visit to the Smith residence in West Chester, Philadelphia in January 1978.

With a source of funds in place, and with CIPA’s preference for the Chair and industrial property courses to be in London, Lord Annan, Vice-Chancellor of the University of London, invited expressions of interest from member colleges. After meetings with Queen Mary, KCL, UCL and LSE, and despite the Principal of Queen Mary being unable to attend after breaking his leg skiing in Scotland, the CIPA representatives recommended the Queen Mary proposal prepared by Sir Roy Goode.

After securing support of an educational charity to facilitate the transaction (for USA tax purposes), Herchel Smith made an initial donation of $850,000. He would later provide further endowments for a research fellowship, a lectureship, and scholarships, and, upon his death, a multi-million-dollar bequest, which is still the largest single donation made to Queen Mary. Herchel Smith wrote to Walter Weston at CIPA that he was ‘very grateful for having this opportunity of aiding a profession to which I owe a great deal’.

In fulfilment of the commitments made to CIPA, which included creating a specialist centre for the new Chair, CCLS opened in June 1980, albeit without any permanent members of staff. The Intellectual Property Law Unit soon commenced with the appointment of Jim Lahore as its first Herchel Smith Professor of Intellectual Property Law together with Yvonne Smyth as Lecturer and supported by an administrative secretary. Plans for further appointments and research facilities with a specialist intellectual property law collection were realised with the subsequent endowments.

The origins of CCLS are detailed in an article available in the inaugural issue of QMJIP.