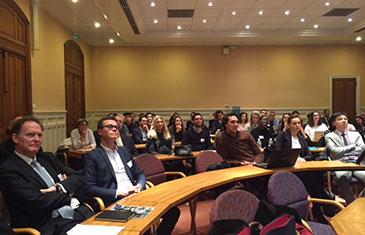 Professor Matthews underlined the trend toward establishing specialised IP courts, using examples from the United States, England & Wales and the People’s Republic of China. Set in this context, the lecture examined the challenges facing the Unified Patent Court (UPC) in the years ahead. Commentaors exchanged on existing specialised IP courts to understand and predict how the UPC might encounter and resolve the challenges that it is likely to encounter in the future.

For more on the Sorbonne-QMUL Double LLM, see here.