Third-year medical student Rob Tucker is LGBT+ Officer at Barts and The London Students’ Association (BLSA) and incoming VP Barts and the London at Queen Mary Students’ Union (QMSU). He spoke to us about what Pride means to him and his work as LGBT+ Officer. 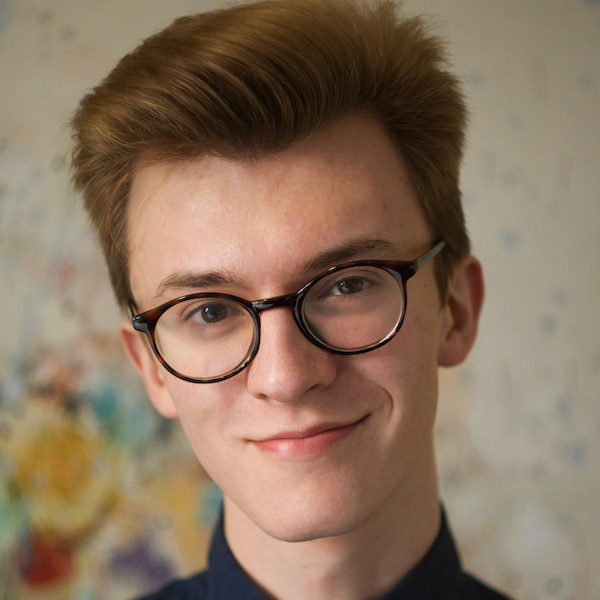 What does Pride mean to you?

For me, there are four parts to Pride: one, strengthening our community spirit; two, reminding ourselves of how far we’ve come; three, showing gratitude to those who came before us; and four, having some fun. That’s really important – I’ve especially seen this in my work at BLSA this year. It has to be fun, or people won’t want to engage with it.

How will you be celebrating Pride Month this year?

Pride’s come at a really awkward time with the lifting of Covid restrictions. Lots of the events we’ve been organising at BLSA have moved to early next year, so firstly I’ll be spending June looking forward to those. But also, as exams are starting to end, we’re trying to bring students back together for the final time this academic year to celebrate everything we’ve achieved together as a community.

Also, for many of us at BLSA, this month has been the first time we’ve met face to face! We’d done all these online events and worked together for a year, but we hadn’t actually met, so that was surreal.

What does an average day look like for you as LGBT+ Officer?

The beauty is that there’s no average day. It’s more about picking up with students when they come to us with problems, as well as working on LGBT+ liberation events.

The three main ones I’ve worked on this year are World AIDS Day, Trans Awareness Week and LGBT History Month. These involved planning social media campaigns, hosting events and supporting other Barts and The London or Queen Mary events that were happening. Working against Covid has made that really tricky, but now that it’s June and Pride Month, we’ll be able to spend a lot more time together.

Some other things I’ve done in role included organising a series of students’ real coming-out stories with our student magazine, the Circadian, and a video for Movember about LGBT+ links to their charity causes, like men’s mental health and cancer. I’ve also been LGBT+ representative for the School of Medicine and Dentistry’s Equality, Diversity and Inclusion Committee, and the same for the NUS Liberation Conference. So, you get the chance to do a lot of varied things. It’s been a really fun year.

What’s been your favourite thing to be involved in as LGBT+ Officer?

It’s been surreal to take part in big events like the QMSU Education Awards, celebrating how great our staff are, and the BLSA Association Dinner, where we give awards to student groups and individual students – from freshers to people who’ve been here for years, and past BLSA presidents. I’ve loved getting involved in these massive events that I didn’t think I would have the chance to.

How do you think LGBT+ people could be better supported and represented in our society?

It’s difficult, but attitudes are changing – and I believe when attitudes change, laws will follow. Of course, my interests are in healthcare, and one of the biggest inequalities in that area are the rules around blood donation.

There was a blanket ban in the 80s on gay men donating blood, but there’s been some easing of that in the last 40 years. More recently, there was a ban on sexually active gay men donating blood – a complete ban if you were recently sexually active, or a three-month ban if you abstained. In June 2021, for the first time, it’s been reworded so it’s irrespective of sexuality: now, any man who’s had only one sexual partner in the past three months can donate blood.

The new wording is science-based, and I think it’s really important that people don’t see in the law that a certain group is banned from donating blood, because it fuels prejudice.

What can individuals do to be good LGBT+ allies?

I think it’s about creating a safe, comfortable environment for the people around you – so if there’s someone there who feels like they have to hide their sexuality, and one day they feel ready to share that, they’ll know they have the love they need around them. There’s a certain point in someone’s life where being LGBT is really, really difficult, but if your friends have created that safe environment, it’s a complete game changer.

You’re also the incoming VP Barts and the London – what made you want to continue working here after you graduated?

I’ve found myself so passionate about what the Students’ Union does. I’ve known I wanted to apply for the role of VP Barts and The London since day one, and it aligned well for me this year, so I just went for it.

Again, whether it’s holding those big events – like the rites of passage for newly qualified doctors, which are happening at the moment – or the small, intimate nights at the Griff Inn, I just love the community spirit and want to give back more of my time.

I know the role isn’t easy, and I’ve already started working on ideas and learning what support I’ll have available to me, but I’m really excited for what’s to come next year.

What advice would you give to someone who might identify as LGBTQ+ but who is hesitant to talk about it openly at university or at work?

The advice I always give is three words: take your time.

Not everyone has that comfortable, safe environment I was just talking about, and it takes a while for you to accept your sexuality yourself – so if you tell other people, like your parents, you have to accept that it might take a bit of time for them too. But time heals everything – that’s another quote I live by! Just take your time – that’s the main thing.