Professor Seán McConville from Queen Mary's School of Law has written an opinion piece for The Conversation on the history of the so-called dirty protests which took place in some prisons in Northern Ireland during the Troubles. 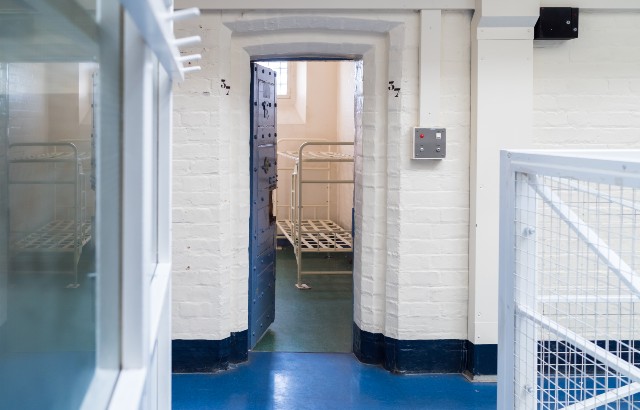 For almost thirty years (1969-1998) Northern Ireland was gripped by violent conflict. Republicans wanted an end to British rule and Unionists and Loyalists wished to preserve their citizenship and place in the United Kingdom. Bitterness and animosities intensified on both sides and reciprocal atrocities spiralled. Almost 4,000 lost their lives, thousands more were injured, and the economy and social fabric were torn apart.

Those convicted of paramilitary offences came into the prisons in their hundreds and then thousands. Insisting they were soldiers, they behaved differently from ordinary prisoners. They were at first mainly members of the IRA, but significant numbers of Loyalists soon followed. Both factions rejected the legally established prison rules which they said criminalised them and their cause. They particularly objected to the requirement that all should wear a uniform and perform prison labour. The resultant standoff launched a series of bitter struggles.

In the search for peace, significant concessions had been made on prison rules in the summer of 1972. These conferred “special category” status on people who had committed crimes of a paramilitary nature. The various privileges associated with this status met most of the paramilitaries’ demands. Amid continuing violence, the UK government decided to withdraw the 1972 privileges from all whose offences were committed after March 1976. After due process and sentencing, the people convicted after this date began to arrive in the prisons a few months later. Their rejection of the ordinary prison regime initiated almost five years of intense protests.

Most of the newly arrived Republicans refused to wear the uniform (Loyalists accepted it). No other clothing was permitted and so protesters went semi-naked, covering themselves in a blanket: this was the strip strike.

It eventually became clear that this approach put no pressure on the authorities. With this realisation, the dirty protests commenced. This new form of action was so extreme, entailing such an astonishing degree of self-inflicted hardship for the participants, that even the hard-line secretary of state for Northern Ireland, Roy Mason, gave it grudging acknowledgement as “a brilliant stroke”.

The authorities and the protesters settled in for the long game. Months and years of close and semi-naked confinement followed. Cells were less than 100 square feet, and the protesters smeared every hard surface with excrement, into which they worked particles of rotting food. Urine was used to dilute the mixture before it was spread.

Beyond most people’s imagining, this world of faeces-handling, unremitting stench, and contamination was frequently shared with a cellmate. There was no cell sanitation, so each performed bodily functions in front of another. They slept on mattresses on the floor because their organisation decreed that they should destroy all cell furniture. Even the mattress covers were torn apart to spread the foul mixtures.

There were short, out-of-cell periods. The law stipulated a minimum amount of exercise. In addition to this, there were trips to the visiting room and periodic extractions for medically mandated washing and haircutting. These were resisted with varying degrees of force, and there were regular tussles and sometimes violent battles with staff. Both sides alleged brutality.

This was the nightmare of the dirty protest in the Maze prison, outside Belfast. It lasted for 40 months and was the most remarkable campaign in any prison anywhere, certainly in the 20th century, and possibly at any time. It was the springboard for the better-known 1980-81 hunger strikes and created an indirect but certain path to the protracted peace process that began in the mid-1980s, after the collapse of the hunger strikes.

What was it all about? There were of course explicit and covert agendas. Physical force republicans, going back to the 1860s, always insisted that they were not criminals. They had no kinship with murderers, robbers, rapists, thieves, blackmailers, and the rest of that unholy tribe. Charged, tried, convicted, and sentenced, criminals was exactly what British and Irish governments insisted they were. Democratically enacted laws and rules determined their treatment, not fanciful and self-serving proclamations.

From the ordeal of the dirty protests, a core group emerged who had, beyond question, demonstrated remarkable qualities of will and endurance. They had also undergone intense – apparently lifelong – bonding and arrived at a commonality of beliefs. Many had joined the dirty protest and left; others had never taken part: exact numbers are elusive. But those who had seen it through acquired among the followers of their cause, and broader ranks of sympathisers, a reputation for fidelity and self-sacrifice. This was the prerequisite for the hunger strikes.

When the final strategic compromise had to be delivered in the 1998 Good Friday Agreement, the approval of this core was essential. They gave it, thus helping to deliver the peace that for a generation they had resisted. The qualities that had been manifest in the dirty protests found another purpose.

This opinion piece was originally published in The Conversation on 6 May 2021.

Professor Seán McConville's latest book provides one of the most comprehensive accounts of the Northern Ireland troubles to date. Read more about Irish Political Prisoners 1960-2000.