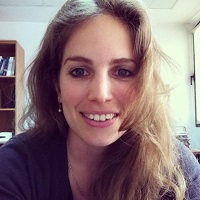 Diversity discourse and politics of difference in the UK Jewish charity sector.

Situated in the field of critical diversity studies, my research explores the discourse around diversity and difference in the charity sector – focusing on minority and diaspora organisations. The nonprofit sector emerged within the same neoliberal context as the diversity management paradigm itself, both trends attempting to incorporate narratives of social change with the business logic. It has been argued that charities can reconcile the business case and the social justice case as two competing discourses of diversity. Minority advocacy charities are particularly interesting locations for investigation: they seek to give voice to historically marginalised groups and as such deeply engage with ‘the political’, a notion that the diversity rhetoric tries to avoid. This research focuses on the UK Jewish charity sector, as an intersection of at least three discourses: UK diversity discourse, Jewish diversity discourse, and charity diversity discourse. It traces the construction of differences such as ethnicity, race, nationality, class, faith and gender and examines the changing role of Israel and Zionism within the diversity discourse. Diaspora organisation literature is used to explore how minority groups reflect, challenge, or reinforce power relations in their ‘home’ communities. Using discourse analysis of diversity ‘talk and text’ – I examine the relations between organisations’ perceptions of diversity and difference as advocates and the dynamics within them as workplaces. Through the perspective of employees, the research explored how liberal and radical visions are reflected and contested in the diversity talk (and silence) at work.

Edith is interested in equality, diversity and voice in organisations, as a researcher and a practitioner. For over a decade she held professional and leadership positions in nonprofit organisations in the UK and Israel. She holds an MA in Government (Magna Cum Laude) from IDC Herzliya and a BA in Political Science (minor in Social Work) from Tel Aviv University. Her MA thesis investigated the dynamics of the consultation process in the Israeli cabinet. She is currently a teaching associate and a PhD researcher at Queen Mary School of Business and Management, where she also serves as Equality, Diversity and Inclusion Committee member, PhD representative, and co-founder of the PhD forum. She aims to bring critical and reflexive perspectives into the study of organisations and into the workplace, particularly in higher education and the social sector.