Scientists have revealed that neurochemicals in the fly brain and the human brain evolved from a common ancestral molecule, despite having very different structures. 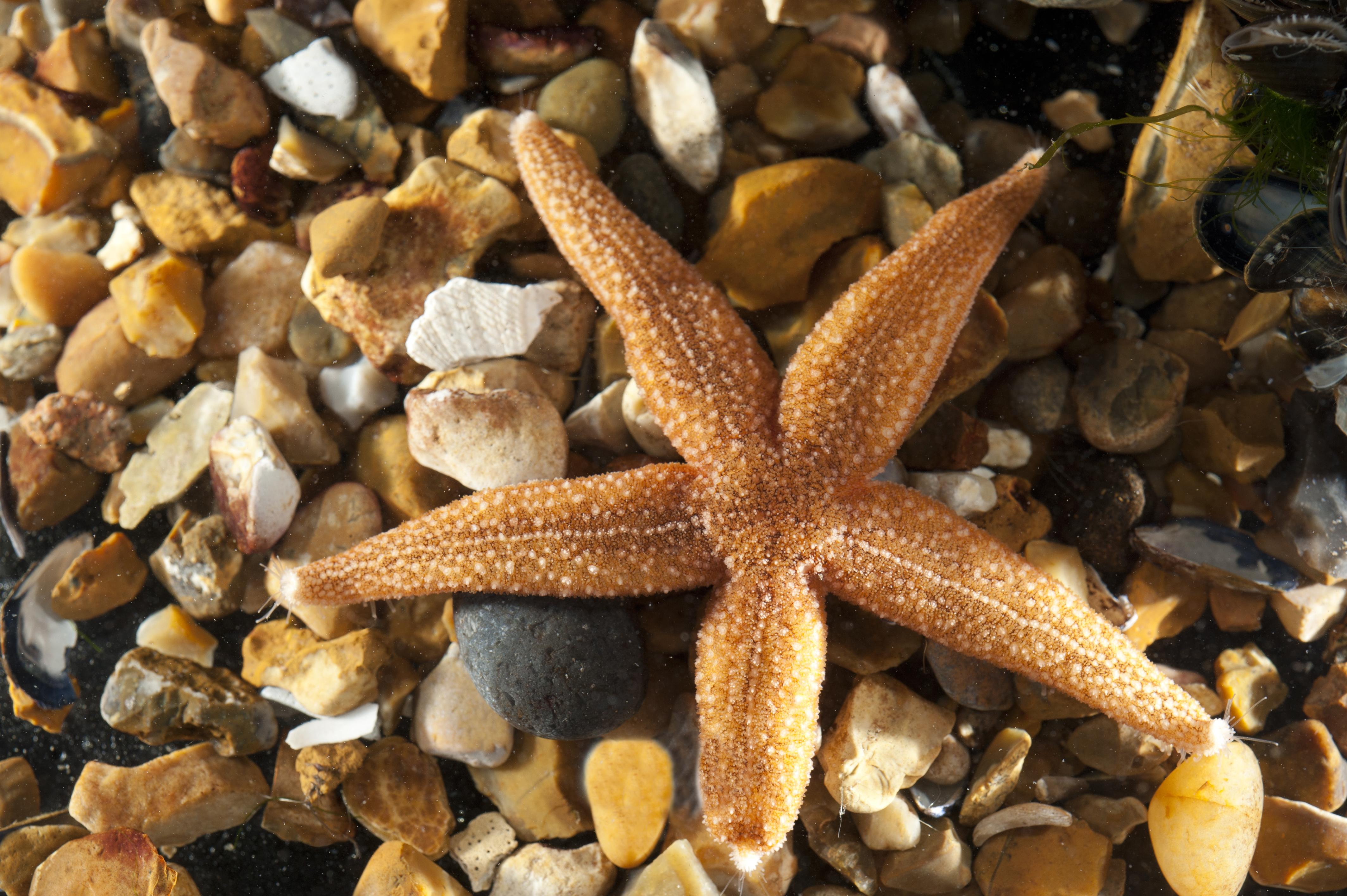 In the new study, researchers explored the evolutionary origin of the PrRP-type and sNPF-type neuropeptides, found in humans and flies respectively, by investigating if they are present in the common European starfish Asterias rubens.

Starfish and other echinoderms, such as sea urchins and sea cucumbers, are more closely related to humans than other more commonly studied invertebrates like insects and therefore provide a good model to study how molecules have evolved over hundreds of millions of years.

The research team showed that starfish have a PrRP-type neuropeptide that binds to a receptor that is very similar to the fly sNPF receptor. This discovery indicates that the fly and human neuropeptides evolved from the same molecule, which would have been present in the brains of animals that lived around half-a-billion years ago.

Dr. Luis Yañez-Guerra, one of two lead authors of the study said: “Discovering PrRP/sNPF-type signalling in starfish has proved that human PrRP and fly sNPF evolved from a common ancestral molecule, which is an important new contribution to our knowledge of neuropeptide evolution.”

Dr. Xingxing Zhong, the other lead author, added: “As we learn more about the functions of sNPF/PrRP-type neuropeptides in all sorts of invertebrates - not only flies, but also starfish, snails, worms – it could help us discover potential medically important functions of PrRP in humans.”

Previous studies have revealed that neuropeptides have important roles in regulating animal behaviours including feeding, reproduction and social behaviour.  For example, research from scientists at Queen Mary found that another neuropeptide, asterotocin, causes starfish to turn their stomach inside out to feed.

Professor Maurice Elphick, Professor of Physiology and Neuroscience at Queen Mary who coordinated the study, concludes: “PrRP has been shown to inhibit feeding in mammals so it could provide a basis for new treatments for obesity. We don’t yet know what the roles of this type of neuropeptide are in starfish, but this is something we are working on and it would be interesting if it is also able to inhibit feeding.”