On 13 November 2014, Queen Mary University of London and University of Warwick will launch Global Shakespeare; a research and teaching collaboration which aims to shape the future agenda in Shakespeare studies across criticism, performance, history, media and popular culture. 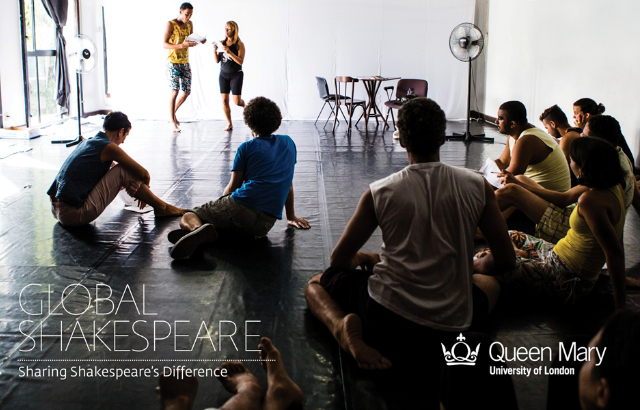 Global Shakespeare critically explores and celebrates how Shakespeare’s work is translated, adapted and performed in other cultures.

Global Shakespeare Director, Professor David Schalkwyk says that the partnership is fundamentally about challenging the notion that “Shakespeare belongs to a single language, culture or people”.

“Whether London or Lahore, we aim to shine a light on the truly global nature of Shakespeare’s work. It is our belief that there is no pure or true way to interpret or perform Shakespeare’s text. The meaning and understanding of his work is culturally specific, and Global Shakespeare seeks to understand and celebrate that reality,” said Professor Schalkwyk.

According to Jerry Brotton, QMUL Professor of English and Associate Director of Global Shakespeare, the project “will make it possible to see Shakespeare in his world and ours. Our research, teaching, and public engagement will help us understand the translation of Shakespeare’s work from the Globe to countries, cultures and communities all over the world. Our ambition is unique, as is our scale: no other project brings together such a diverse group of scholars and students working on the global and intercultural nature of Shakespeare.”

Upcoming international activities include a 2016 conference on Global Shakespeare with the University of Cape Town, a 2015 exhibition and series of performances in London of the British Black and Asian Shakespeare’s Multi-Cultural Shakespeare: 1930-2010, and a 2015 symposium on Shakespeare in China.

Future research projects include the use of Shakespeare to investigate the history of the emotions; an extensive “connected communities” project to explore Shakespeare, human rights and areas of conflict; and a series of performance-based workshops with translators to forge closer links between translators, actors and scholars.

Global Shakespeare will be launched during a sold out event at the Barbican. The event will include a reading of Matthew Hahn’s play, the Robben Island Bible, based on passages chosen from a copy of Shakespeare’s complete works by the prisoners on Robben Island, South Africa.

Global Shakespeare is a unique partnership between Queen Mary University of London and University of Warwick that will shape the future research agenda in Shakespeare studies across criticism, performance, history and media; from television to digital reproduction.

By building on the strength of the Shakespeare scholarship of both universities, bringing them together with academics and practitioners from across other disciplines and cultural institutions, an exceptional interdisciplinary approach is being developed to the world's most celebrated writer as a global multimedia cultural phenomenon.

As part of this collaboration, Queen Mary University of London and University of Warwick have launched the UK’s first MA Global Shakespeare.