Allowing smokers to determine their nicotine intake while they are trying to quit is likely to help them kick the habit, according to an early study in 50 people led by Queen Mary University of London. 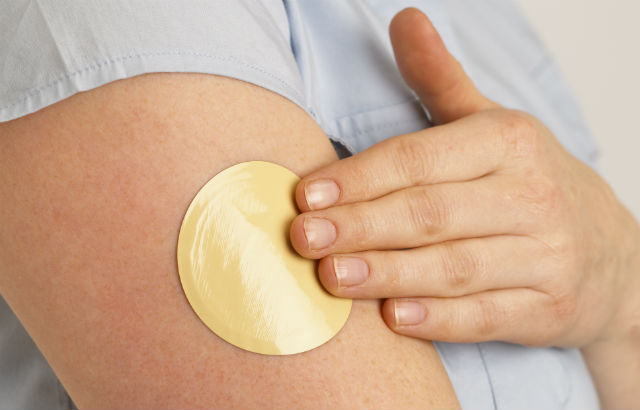 In the first study to tailor nicotine dosing based on smokers’ choices while trying to quit, the results suggest that most smokers who use stop-smoking medications can easily tolerate doses that are four times higher than those normally recommended.

Study author Dunja Przulj from Queen Mary's Wolfson Institute of Preventive Medicine said: “Smokers determine their nicotine intake while they smoke, but when they try to quit, their nicotine levels are dictated by the recommended dosing of the treatment. These levels may be far too low for some people, increasing the likelihood that they go back to smoking.

“Medicinal nicotine products may be under-dosing smokers and could explain why we’ve seen limited success in treatments, such as patches and gum, helping smokers to quit. A change in their application is now needed.

“Our findings should provide reassurance to smokers that it is okay to use whatever nicotine doses they find helpful.”

When nicotine replacement treatment was first evaluated in the 1970s, low doses were used because of concerns about toxicity and addictiveness. Evidence then emerged that nicotine on its own, outside of tobacco products, has limited addictive potential, and that higher doses are safe and well tolerated. Despite this, stop-smoking medications have maintained lower nicotine levels in their products.

The new study, published in the journal Addiction, examined 50 smokers in a tobacco dependence clinic in Argentina, and is the first in the world to try a combined approach of ‘pre-loading’ nicotine prior to the quit date, and tailoring nicotine levels based on patient feedback.

Participants started on one daily 21mg nicotine patch four weeks prior to their quit date. The dose was increased weekly by another 21mg patch unless participants reported adverse effects or did not wish to increase the dose, up to a maximum of four patches totalling 84mg/day. The dose was reduced by 21mg/day each week from one week after their quit date, until it reverted back to the standard dose (21mg/day) four weeks later.

Participants were advised to continue to smoke as they desired throughout the pre-quit period, and were offered additional oral nicotine replacement therapies.

The team found that:

Results could explain popularity of e-cigarettes

Professor Peter Hajek from Queen Mary's Wolfson Institute of Preventive Medicine added: “Smokers are perfectly capable of determining which doses of nicotine they find helpful. There is no risk of dangerous overdose, because nicotine includes an effective safety valve in the form of nausea.

“Our results also suggests that one of the reasons e-cigarettes are so much more popular and potentially more effective than other nicotine replacement treatments is that smokers can adjust their nicotine intake according to their needs.”

It is thought that ‘pre-loading’ with nicotine leading up to the quit date might help weaken the conditioned link between smoking behaviour and reward, and reduce enjoyment of smoking. Also, if pre-loading nicotine levels are high enough, additional nicotine intake from cigarettes should cause nausea and become aversive.

The next step is to carry out a larger randomised trial to verify that the increased dosing, and especially its use prior to quitting, increases treatment efficacy.

The current study is limited in that it did not include a placebo control, so the abstinence data are only indicative. The reported reduction in enjoyment of smoking may also have been influenced by expectations. Additionally, with a sample size of 50, rare adverse reactions cannot be excluded.

The study was funded by the Global Research Awards for Nicotine Dependence.