Queen Mary University of London, in partnership with the London Borough of Tower Hamlets, will be providing free e-cigarette kits to support local smokers who want to quit, starting this No Smoking Day (Wednesday 13 March). 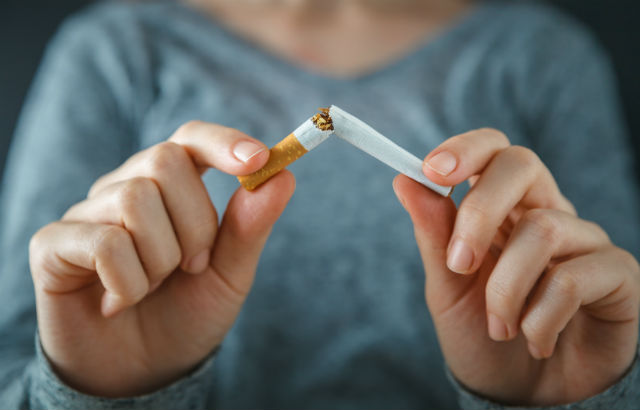 The specialist tobacco cessation service Quit Right Tower Hamlets, based in Stepney Green, is the first clinic in Tower Hamlets to offer e-cigarettes for free.

With the service now being ‘vape friendly’, anyone who signs up has the option to use a vape which Quit Right will provide for free as part of the 6-8 week programme.

Tower Hamlets has the highest prevalence of smoking (19.7 per cent) compared to the rest of London. Whilst the campaign will target all smokers, No Smoking Day will reach out to pregnant women and the groups with highest prevalence, particularly smokers in routine and manual jobs, low income, BAME community, people with COPD and mental health issues.

“This No Smoking Day, thousands of smokers across Tower Hamlets are being urged to stub out their cigarettes and become ‘Proud Quitters’. Today is the day to celebrate people’s stop smoking stories, and provide support for those who need it.”

The decision for the clinic to become ‘vape friendly’ comes after recent research at Queen Mary University of London which found that e-cigarettes are almost twice as effective as nicotine replacement treatments, such as patches and gum, at helping smokers to quit.

The multi-centre trial, which involved almost 900 smokers who also received additional behavioural support, found that 18.0 per cent of e-cigarette users were smoke-free after a year, compared to 9.9 per cent of participants who were using other nicotine replacement therapies.

Lead researcher Professor Peter Hajek from Queen Mary University of London said: “Although a large number of smokers report that they have quit smoking successfully with the help of e-cigarettes, health professionals have been reluctant to recommend their use because of the lack of clear evidence from randomised controlled trials. This is now likely to change.”

An electronic cigarette (e-cigarette) is a device that allows you to inhale nicotine and is up to 95 per cent safer than tobacco.

E-cigarettes work by heating and creating a vapour from a solution that typically contains nicotine along with other ingredients to produce a vapour and flavourings.  As there is no burning involved, there is no smoke.

The first No Smoking Day was on Ash Wednesday in 1984, and it now takes place annually on the second Wednesday in March. The aim, whether you are a smoker or not, is for people to inspire, motivate and support others, and to take the first step towards quitting smoking.