Queen Mary University of London is among 30 universities to sign a new Civic University Agreement which pledges to put the economy and quality of life of the local community top of its list of priorities. 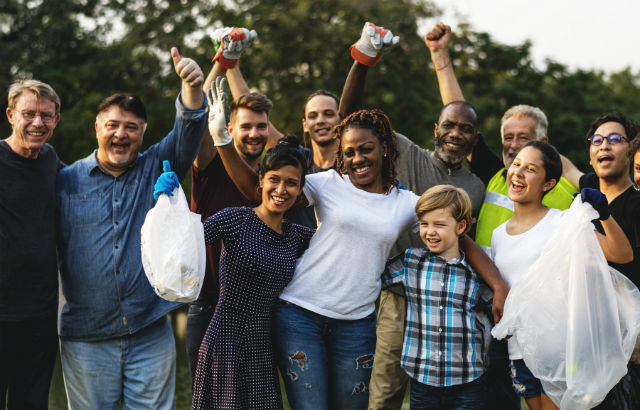 The Civic University Agreement is a partnership with local government and other major institutions, including many of the best-known names in higher education.

The agreement is a key recommendation from a report published today by the Civic University Commission set up by the University Partnership Programme (UPP) Foundation and chaired by the former Head of the Civil Service, Lord Kerslake.

The report sets out how universities such as Queen Mary have the capability, opportunity and responsibility to support the places where they are based to solve some of the most pressing problems.

Embedded in the local community

Queen Mary’s annual Festival of Communities brings local people together to explore living and learning in Tower Hamlets. The Festival, now in its fourth year, is a collaboration between Queen Mary University of London and over 40 local partner organisations, aiming to build connections across the borough.

The activities showcase the best of health, medical, science, engineering, humanities and social science projects and research from Queen Mary and local organisations and services in Tower Hamlets. It offers residents the opportunity to explore the local area in a unique way.

Professor Colin Bailey, Principal of Queen Mary University of London said: “We are proud of our strong commitment to social justice, which has always underpinned the work we do.

“Our Legal Advice Centre provides pro-bono legal support to those in need whilst the Mile End Institute brings together policymakers, academics and diverse local communities to address the major political challenges of our time. Queen Mary’s Genes and Health project is also one of the world’s largest community-based genetics studies.

“We look forward to continuing to work with our local community and building upon these firm foundations with the Civic University Agreement.”

Queen Mary’s history dates back to 1785 with the foundation of the London Hospital Medical College. The university’s history also encompasses the establishment of the People’s Palace in 1887, which brought accessible education, culture and recreation to the East End of London.

Lord Kerslake said: “The deep economic and social changes that are happening in Britain today have, alongside Brexit, made the civic role of universities even more vital to the places they are located in.

“The civic universities of the Victorian era were founded as expressions of civic pride, and as a way of sharing knowledge and opportunity at a time of rapid change. We are now entering a new industrial revolution when it will be even more vital that knowledge is accessible in as many communities as possible.

“It is not just people outside university grounds who will benefit. Universities are under unprecedented challenge and need to find a broader base of support. Universities need to be part of a community which is engaged, supportive and shares objectives.”