Queen Mary’s Faculty of Humanities and Social Sciences has invested in several new strategic lectureships. Over the last few weeks we have been featuring our new recruits and showcasing their research. 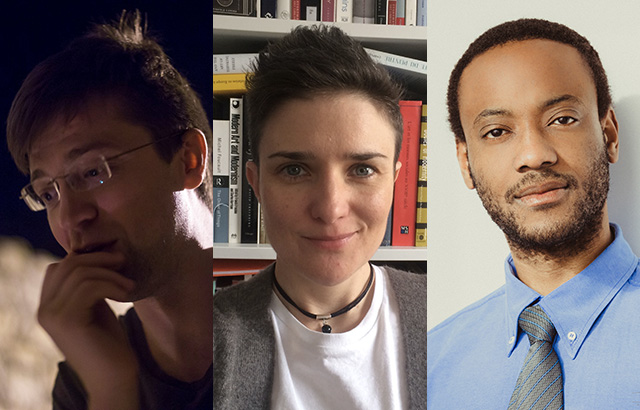 The Humanities and Social Sciences have been vital to establishing Queen Mary’s global reputation and the Faculty Schools regularly appear in subject rankings of the top 50 universities in the world.

In part four of our feature series, we introduce three more of our academics who will be joining us in September 2019.

Dr Mario Slugan is a Postdoctoral Associate Fellow in the Department of Film and Television Studies and prior to joining Queen Mary, has led seminars at the University of Warwick. His monograph explores the intersection of film, philosophy, and German.

Dr Slugan’s most recent work focuses on how the categories of fiction and non-fiction were understood in the period of film history when the present-day generic labels were not yet operational in Fiction and Imagination in Early Cinema (Bloomsbury, 2019, forthcoming).

Dr Mario Slugan said: “I am very excited to be a part of both one of the best film departments in the UK and the Institute of Humanities and Social Sciences (IHSS). Whereas the former has already established its credentials the latter promises to be a perfect place to continue my interdisciplinary work.”

“My first degree was in Computer Science and I almost did a PhD in Language and Cognitive Neuroscience,” he added.

Dr Hannah Williams, Lecturer in the History of Art

Dr Hannah Williams was a junior Research Fellow in Art History at the University of Oxford before she joined Queen Mary. She is a specialist in French art of the eighteenth century and her research interests include the Paris art world, urban artistic communities, cultural institutions, religion and religious art, portraiture, and materials.

“I’m looking forward to working with Queen Mary colleagues across the Humanities and Social Sciences on research and teaching innovations around visual/material culture, space, place, and the digital,” said Dr Hannah Williams.

In addition to her academic work, Dr Williams is an avid coffee drinker. “I’m Australian so I take flat whites (and all coffee) very seriously,” she added.

Dr John Adenitire was a Lecturer in Law at the University of Birmingham prior to joining Queen Mary. He was a PhD student at the University of Cambridge. His current research focuses on the legal right to exemption for religious and non-religious conscientious objectors from a wide variety of legal obligations, including anti-discrimination norms. More general teaching interests lie in the fields of public law, legal theory, comparative public law, and law and religion. He is also developing expertise in animal rights law and theory.

Dr John Adenitire said: “I am very much looking forward to working with incredibly talented scholars at Queen Mary and to be able to work in a multi and interdisciplinary environment at the Institute for Humanities and Social Sciences.”

When not working, Dr Adenitire enjoys dancing. “Alongside my legal research I am an international salsa dance instructor and performer,” he added.