The result of the Brexit referendum and the subsequent political developments are said to have plunged the UK into a constitutional crisis. The challenges to the political system have given rise to calls for constitutional reform in the UK. This topic was debated at the latest Mile End Institute event held at Queen Mary University of London. 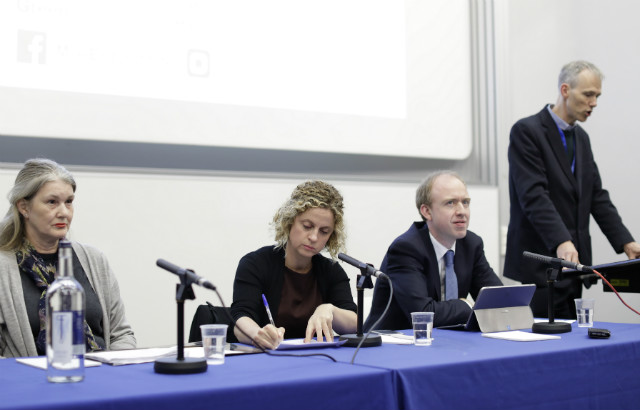 In addition to the political challenges that the Brexit referendum result has engendered, the state of the union between the countries of the United Kingdom has also come into sharp focus.

Scotland and Northern Ireland voted to remain whilst England and Wales voted to leave. With Scottish independence appearing to gain momentum, and discussions concerning a solution to the border question in Northern Ireland, many commentators have suggested that the UK is facing a constitutional crisis.

Are we facing a constitutional crisis?

David Allen Green was first to share this thoughts. He highlighted the challenges of commentating on an ever evolving topic such as Brexit. He stated that some commentators do not always look at evidence or policy documents first-hand and believes that the best commentators on Brexit are based in Brussels, where the information and evidence is at hand and more readily available.

David Allen Green does not believe that the UK is in a constitutional crisis, yet. He said: “We are not in a crisis yet […] if you call every political situation a crisis then it loses its meaning […] a crisis is a serious situation, the outcome of which cannot be predicted.”

Dr Catherine Haddon shared a similar view and pointed out some potential constitutional issues which may lie ahead in the future, and stated that this makes the case for rules and a formal constitution stronger.

Dr Haddon acknowledged that constitutional conventions had come under strain since 2016 but argues that they are crucial to our democracy.  She said: “The constitution is alive and well but it’s also kicking off […] we are forgetting the good reasons for rules […] there is nothing in statute to say that a government must resign if it loses a general election […] a can of worms has been opened.” She went on to emphasise the importance of explaining to the public why conventions are there and why they matter.

Making the case for a written constitution

Professor Sionaidh Douglas-Scott from Queen Mary’s School of Law argued that the Brexit referendum as well as the 2014 referendum on Scottish independence had thrown up three main issues: parliamentary sovereignty, human rights and devolution.

“I have become an apologist for a written constitution,” she said. “Brexit has revealed that our longstanding, venerated constitution is not working well.” Professor Douglas-Scott went on to discuss the constitution in the context of human rights. She added: “In the UK a majority of one in parliament means legislation can get through, and rights can be taken away, the potential dark side of parliamentary sovereignty.”

Dr Robert Saunders from Queen Mary’s School of History said that whilst the UK constitution has evolved over time, “it is currently struggling with Brexit, a huge policy change, undertaken during a hung parliament.”

Dr Saunders also explored the current political system in the UK which has led to the Prime Minister being chosen by a very small percentage of the population. “We have bolted all sorts of other democratic devices [referendums] onto representative democracy and that means that we have competing mechanisms for expressing and measuring the will of the people,” he said.

The question on the referendum ballot paper was also brought into focus. “The problem with the Brexit referendum was that it didn’t ask the public what type of exit from the EU they [the public] wanted,” he added. Dr Saunders also highlighted that Boris Johnson voted down Theresa May’s original Brexit deal, arguing that if the same logic is used, it would be legitimate to vote down a no deal too.

Food writer and television host Nigella Lawson was also in attendance during the discussion. Afterwards she tweeted: Thank you @MileEndInst @davidallengreen @cath_haddon @redhistorian and Sionaidh Douglas-Scott for an illuminating evening. Grateful for your voices #MEIConstitution.

In September 2019 journalist and author Matthew d’Ancona spoke at the Mile End Institute where he shared his insights about the ongoing debate on misinformation in the world at large.