In 2017 journalist Matthew d’Ancona published an acclaimed book about the so-called post-truth era. Speaking at the Mile End Institute he shared his insights about the ongoing debate on misinformation in the world at large. 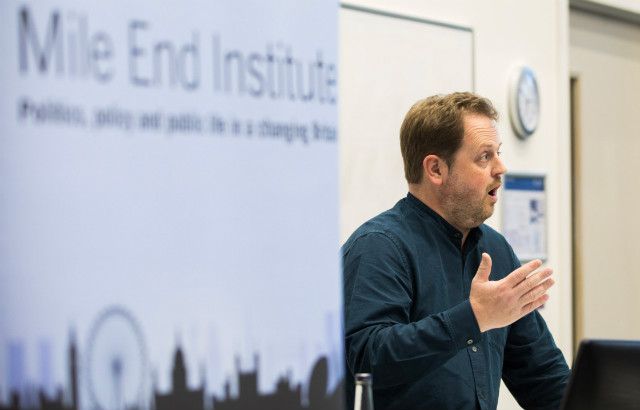 The so-called post-truth era is said to be shaking the foundations of democracy and the world as we know it. According to Matthew d’Ancona, the Brexit referendum result, the election of Donald Trump and the rejection of climate change science are all signs that lies and ‘alternative facts’ are prevailing over the truth.

A new war on truth

Matthew d’Ancona’s book, Post-Truth: The New War on Truth and How to Fight Back, explores where trust in evidence and experts has evaporated and conspiracy theories have thrived. Perhaps more crucially, d’Ancona sets out how people can fight against untruths and misinformation. “The novelty of post-truth is not found in the lies, but in our responses to them,” he said.

During the discussion Matthew d’Ancona also highlighted the importance of transparency. “If you are committed to the facts, you must embrace them in all their harshness,” he added.

When questioned about populism and its apparent growth, d’Ancona said: “We live in an age of impatience, we want simple answers to complex problems, and this is why populism thrives.”

In light of the election of Donald Trump discussion also centred on the disregarding of experts as well as the rise of celebrity. “Expertise has been relocated from the professions to the individual and is often turbo-charged by celebrity […] we live in an age of institutional fragility and post-truth has flourished in that context.”