Almost one in five of British mammal species face a high risk of extinction, according to the first comprehensive review of their populations for more than 20 years launched by The Mammal Society and Natural England, and involving Queen Mary University of London. 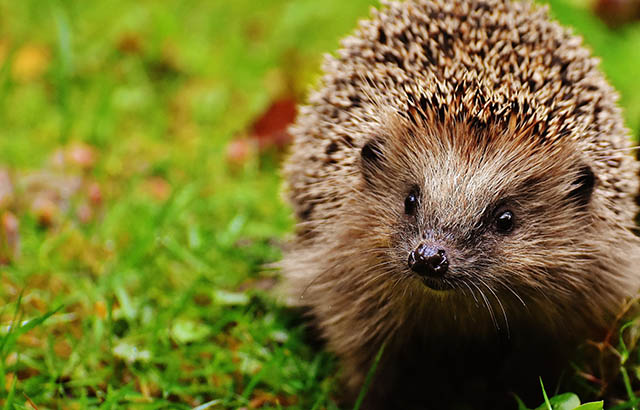 The red squirrel, wildcat and the grey long-eared bat are all listed as facing severe threats to their survival.

The review - commissioned by Natural England working in partnership with Scottish Natural Heritage and Natural Resources Wales – also found other mammals such as the hedgehog and water vole have seen their populations decline by up to 66 per cent over the past 20 years.

Climate change, loss of habitat, use of pesticides and road deaths are all putting pressure on some of the most recognisable of Britain’s 58 terrestrial mammals, whose current status, historical and recent population trends, threats, and future prospects have all been assessed in the review.

The work will prioritise conservation actions and also sets an agenda for future research efforts.

John Gurnell, emeritus professor of ecology at Queen Mary University of London and one of the authors of the review said: "It's the first time since the 90s that we've assessed the status of all 58 species of terrestrial mammal in Great Britain."

"I think it provides us a launching pad for going forward in working out what to do in trying to conserve species in the country where necessary."

The study found that the estimated number of common hedgehogs in Britain has gone down by two-thirds since 1995 to 522,000 and should now be considered ‘vulnerable’.

Professor Gurnell added: “This is one of the largest losses we saw, and it’s even more remarkable when you consider that the geographic range of hedgehogs has not declined, and it is still found throughout the country.”

Hedgehogs are struggling because the insects they prey upon are declining from changes in agricultural practice and pesticide use, human influence through road accidents and loss of nesting habitat. They may also face increased threats from badgers whose population has doubled in the same period to around 562,000.

“They seem to be doing better in urban areas, especially where they are 'hedgehog friendly', for example, without impenetrable barriers to movement such as fences and walls,” Professor Gurnell added. For the last five years he has studied the only remaining population of hedgehogs in central London, in Regents Park. “In the early 1970s, hedgehogs were found in all of London’s central Royal Parks, but over the years they have all disappeared bar the one in Regent’s Park. This is a situation that could be mirrored elsewhere in the country in the future."

Professor Fiona Mathews, Mammal Society Chair and professor of Environmental Biology at the University of Sussex, said: “This is happening on our own doorstep, so it falls upon all of us to try and do what we can to ensure that our threatened species do not go the way of the lynx, wolf and elk and disappear from our shores forever.”

The Mammal Society is now calling for more research to be carried out urgently to get a clearer and more accurate picture of Britain’s mammal populations. For many species, including common animals such as rabbits and moles, very little information is available.

Last month, the Society launched a Mammal Mapper app so that anyone can record sightings of local mammals using their smartphone.

Professor Mathews, lead author of the review, said: “The report highlights an urgent requirement for more research to assess population densities in key habitats because at present, uncertainty levels are unacceptably high. It is possible that declines in many species are being overlooked because a lack of robust evidence precludes assessment. There is also an urgent need to quantify precisely the scale of declines in species such as the hedgehog, rabbit, water vole and grey long-eared bat. Effective and evidence-based strategies for mammal conservation and management must be developed before it is too late.”

The report does highlight that some British mammal populations are in more robust health. Five species have increased in numbers in 20 years, and 18 species have increased their geographical range. The otter, polecat, and pine marten are all now found in more locations than they were 20 years ago, and beaver and wild boar have recently returned to our countryside.

It is also notable that many of the ‘success stories’ are species recently introduced to Great Britain. Professor Gurnell points out that all seven non-native mammal species have increased in range and numbers over the last 20 years, and some, such as the grey squirrel and mink have had a considerable impact on our native mammals to the extent that red squirrels and water voles are now classified as endangered.