Women in the Republic of Ireland could still be denied abortions because doctors fear lengthy jail terms or refuse to terminate pregnancies on principle – according to new paper co-authored by Dr Ruth Fletcher from Queen Mary University of London. 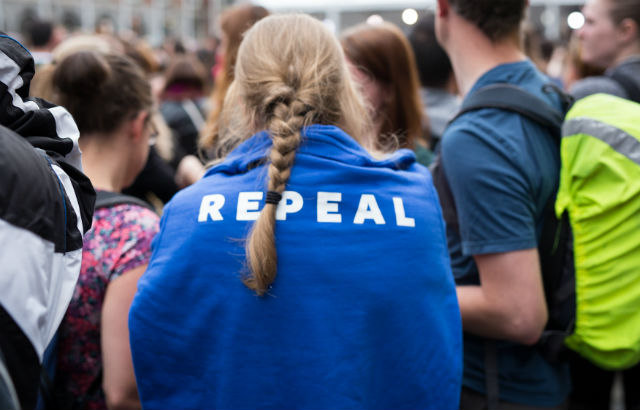 A referendum in May saw the Republic of Ireland vote overwhelmingly in favour of overturning legislation which only allows abortion when a woman's life is at risk, but not in cases of rape, incest or fatal foetal abnormality.

However, experts from the Queen Mary University of London, the University of Birmingham and Dublin City University argue the Irish Government’s draft legislation to replace the 8th Amendment still needs improvement to provide clarity and to prevent doctors from interpreting the new laws in different ways.

The experts call for clear clinical guidelines identifying when and how a doctor who holds a conscientious objection to abortion should declare it. They recommend that objections be registered with the Department of Health, so the Government can identify areas of unmet abortion need.

The authors also fear that the Catholic Bishops’ Code of Ethics could lead to some hospitals asserting their ‘institutional conscience’ as a reason for not providing abortion care on their premises.

Co-author Dr Ruth Fletcher, from Queen Mary’s School of Law, said: “The draft legislation is very significant in promising to deliver on the Irish people’s vote in the abortion referendum on 25 May. If implemented, the legislation will take Ireland from being one of the most restrictive abortion regimes in the world, to one which allows abortion on request for 12 weeks.”

Despite the liberalisation, under the proposed legislation, it will remain a serious offence for a doctor to carry out an abortion in some circumstances.

“After 12 weeks of pregnancy, it is not clear how rape victims, or other pregnant people in difficult circumstances, will be able to access abortion unless they are found to have a risk of serious harm to health or a risk to life. Medical practitioners risk a penalty of up to 14 years imprisonment, if they are found to have acted outside the terms of the legislation. As a result the draft legislation is deficient in its response to particularly disadvantaged pregnant people seeking access to abortion after 12 weeks.”

The position paper on Updated General Scheme of the Health (Regulation of Termination in Pregnancy) Bill can be found here.