How far do a celebrity’s privacy rights – or indeed anyone’s – extend in respect of the pre-charge stage of a police investigation? This is the question posed by Professor Robin Callender Smith, a Visiting Professor in the School of Law at Queen Mary University of London in a piece recently published in The Conversation. 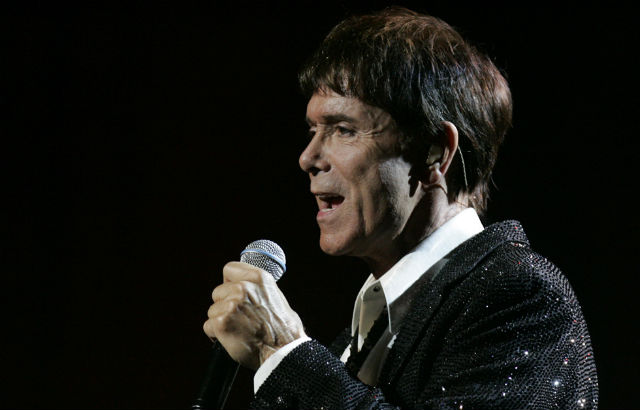 The question at the heart of Mr Justice Mann’s High Court judgment in the Sir Cliff Richard v BBC case had been a longstanding legal conundrum: how far do a celebrity’s privacy rights – or indeed anyone’s – extend in respect of the pre-charge stage of a police investigation?

Until this judgment, this was an unresolved area – made all the more difficult by a range of conflicting opinions. I have to disclose some experience in this area. Two or three years ago, when I was the duty lawyer on The Sun newspaper, I advised that Rolf Harris, who had not been arrested but was voluntarily facing further police questions about serious sexual offences, could be identified.

The editor stood by the story, Harris was identified in the copy, other victims came forward and there was a conviction after a full trial. Harris is still alive and serving a significant prison sentence.

My advice would be different now. There are clear factual differences between my case and Mr Justice Mann’s judgment in respect of Sir Cliff. Foremost is that the allegations of an historic sex offence against Sir Cliff that led to this highly publicised search of his property in Sunningdale, Berkshire, in August 2014 resulted in South Yorkshire Police (SYP) announcing, in June 2016, that there would be no charges. The police investigation into the case on which I advised led to Harris’ rapid arrest, charges and conviction.

Following Mr Justice Mann’s judgment, to stay on the right side of this privacy gulf, the media must now wait until someone is arrested. Doubtless the arguments will continue that even that goes too far and that identification in such cases should only take place after they are charged or a full trial and conviction. Issues of preserving the principles of open justice should prevail against that kind of extension – but each new restriction carries with it the cumulative potential to erode free speech and Article 10 of the Human Rights Act.

Mr Justice Mann’s detailed 122-page judgment – written after 12 days of hearing evidence – fundamentally alters the judicial balance between the media’s Article 10 right to inform readers and the public about a factual situation and the individual’s Article 8 right to privacy.

My understanding of his reasoning is as follows:

Mr Justice Mann awarded Sir Cliff general damages for the infringement totalling £190,000, split between the police and the BBC. The BBC is to pay the lion’s share (65% on the basis that it was a significantly greater contributor to the damage that was caused). He also ordered the BBC to pay aggravated damages of £20,000 because it had nominated the story as “Scoop of the Year” for an award (it did not get) from the Royal Television Society.

The judge noted that the position might have been different if the general public was capable of adopting a completely open and broadminded view of an investigation, so that in cases where no charge resulted there would be no damage to a person’s reputation. Mann added, however:

"But neither of those things is true. The fact of an investigation … will of itself carry some stigma, no matter how often one says it should not."

He also observed that, if information starts out as private, it retains that quality unless it is disclosed for police operational reasons, described elsewhere in the judgment as “shaking the tree”.

The judge said that his decision had not been influenced by the “sensational” manner in which the BBC covered the search, using footage obtained from a helicopter in its report. A “lower key report of the search and investigation (for example, done merely by a measured reading of the relevant facts by a presenter in the studio) would … be a serious infringement,” he said. “What the BBC did was more than that.”

The BBC had added drama and a degree of sensationalism by the nature of its coverage. The impact of the invasion was, in my view, very materially increased. Pictures had been used to add impact, rather than just as verification of the story. “That is what the BBC did, quite handsomely,” Mr Justice Mann observed.

The BBC has indicated it might appeal, issuing a statement saying that the judgment “creates new case law and represents a dramatic shift against press freedom and the long-standing ability of journalists to report on police investigation”.

Mr Justice Mann is a Judge who already has significant judicial experience in this area. Three years ago, he decided the landmark breach of privacy/damages case of Gulati and others v Mirror Group Newspapers after another 12-day hearing where he delivered a comprehensive 205-page judgment awarding a total of £1,237,000 in damages to eight representative celebrities whose privacy had been invaded by MGN’s admitted hacking of their personal data.

That decision – particularly his methodology, formulation and reasoning – was subsequently upheld by the Court of Appeal with permission to appeal to the Supreme Court refused.

The judge’s meticulous judicial reasoning in Sir Cliff’s case may not stand scrutiny on appeal. He appears to have characterised as “bad motive” the BBC’s urge to get a valid scoop out to its viewers. Arguably, this should not have been given the adverse weight it has in his conclusions.

This blog was originally published in The Conversation on 19 July 2018.