Simulated honeybees can use simple brain circuits for complex learning

Bees lacking the insect equivalent of the cerebral cortex may still be able to learn smells, according to research from Queen Mary University of London (QMUL). 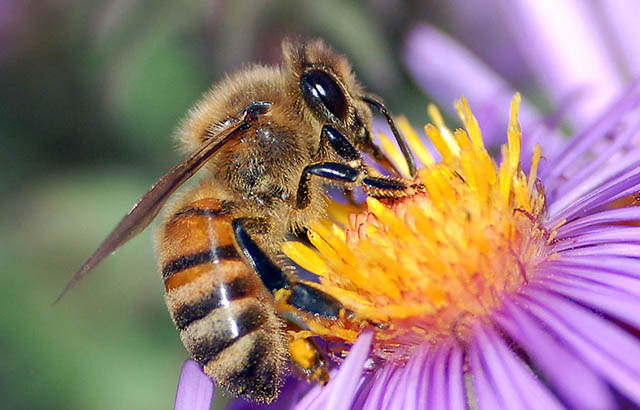 Honeybees may not need key brain structures known as mushroom bodies in order to learn complex associations between odours and rewards, according to new research published in journal PLOS Computational Biology.

The new findings surprised the research team because mushroom bodies are thought to be essential for intelligent control over instinctive behaviours—similar to the mammalian cerebral cortex, which in humans is responsible for memory and language.

In the study, HaDi MaBouDi of QMUL’s School of Biological and Chemical Sciences, built a realistic computational model of the brain circuits used by bees to process olfactory information. Then, they investigated what would happen if they removed the mushroom body circuits from the simulated bees.

A frontal view of the honeybee head, with the main brain structures shown on the left. New modelling shows that bees can learn odours even in the absence of the mushroom bodies (MB), prominent dorsal structures of the bee brain thought to be the centres of intelligent behaviour.

The researchers tested how well the simulated bees would perform on tasks commonly used to explore learning in real bees. These included tasks in which bees learn to associate different smells with different rewards.

Unexpectedly, the “mutant bees” performed just as well on many (but not all) of the odour learning tasks as do real bees with intact mushroom bodies. They could even learn to associate a mixture of two odours with reward when each individual odour was not linked to reward. To do so, the simulated bees relied on a simple neural circuit that had previously been associated only with instinctive behaviours.

“This perhaps explains why the tiny brain of bees is so good at multi-tasking and juggling so many learning behaviours and instinctual routines,” said study co-author Professor Lars Chittka, also from QMUL’s School of Biological and Chemical Sciences.

“It shows that remarkable forms of plasticity can be pervasive anywhere, even in the simplest nervous systems.”