Goats can identify the calls of their goat friends

A new study led by scientists at Queen Mary University of London (QMUL) has found that goats can recognise their stablemate friends calling by developing a mental image of how they sound and look. 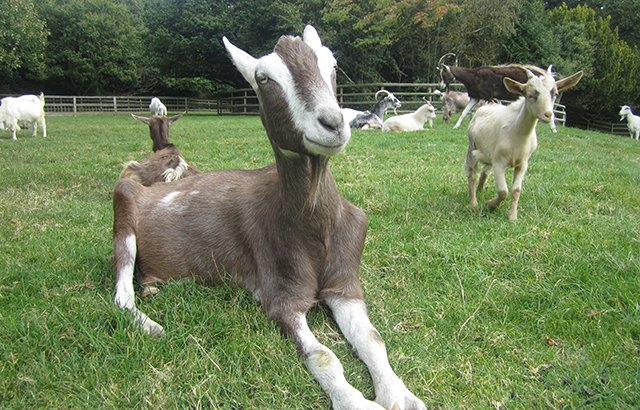 The team from QMUL’s School of Biological and Chemical Sciences found that goats can tell the difference between a call from a familiar goat and a call from an unfamiliar goat. Writing in the Royal Society journal Open Science, the team describe that goats use both visual cues as well as audio cues to determine the identity of another goat.

The ability to link audio and visual cues to identify others could have evolved in goats due to the fact that they are social animals, much like dogs and horses which also appear to have this ability.

“We observed that goats can differentiate between a call from their stablemate and a call from an unfamiliar goat, meaning that these animals are able to use sounds to help identify familiar goats,” explained Dr Benjamin Pitcher, lead-researcher on the study and is now based at Macquarie University, Australia.

“The results indicate that goats not only have an awareness of how other goats look, but also how they sound, meaning that they have a higher-level of cognitive ability in this aspect than previously thought,” he added.

To test whether goats could identify the call of an individual goat, the researchers placed a ‘watcher’ goat facing the pens of two ‘caller’ goats – one pen containing a familiar stablemate of the watcher-goat, and the other pen, an unfamiliar goat.

When the watcher-goat was faced with two unfamiliar goats, however, it would show no preference to look towards one goat compared to the other.

The researchers say that goats could have evolved to use both sound and visual cues as a way to identify other familiar goats, much like we do with mental images of other familiar people, because they like to live in social groups.

Dr Pitcher continued: “This higher-level of cognitive ability could be driven by their sociality, as there is growing evidence that social animals such as dogs and horses can also do this.”

“By examining how different animals use sound and visual recognition, we can develop an understanding of how animals integrate information from multiple sensory sources, such as sight and hearing. This helps us to understand more about the complex world of animal communication.”

The research was carried out at Buttercups Sanctuary for Goats in Kent, UK.