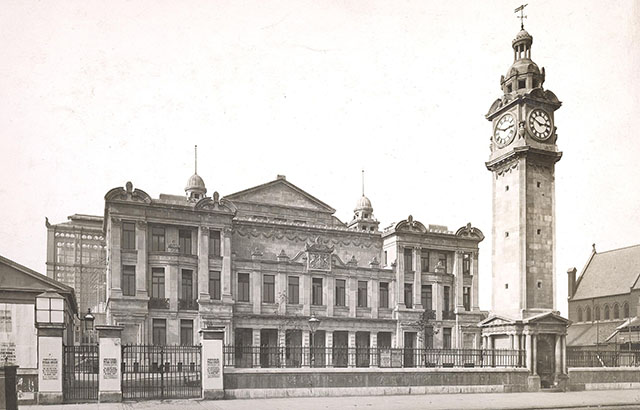 The Anniversary Scholarship for Civic Engagement will reward excellent students who share QMUL’s commitment to society. Worth £5,000 per year for every year of study, the scheme is designed to acknowledge those that have applied their skills, knowledge or time to benefit the public good.

“Queen Mary has grown rather considerably since its early inception as the People’s Palace, which was created to bring culture and education to the East End.

“Now, we hold a global position as a leading research-intensive institution, which is a centre for teaching excellence and hosts students from more than 160 nationalities.

“However, we haven’t forgotten our philanthropic origins and our values as a provider of education to those that society often forgets. This ethos underpins our commitment to public engagement.”

The People’s Palace was founded in 1887 on the Mile End Road and its founders sought to bring education, recreation and culture to the people of east London.

Nadia Valman, Reader in the Department of English, is a specialist in urban culture and said the opening of the People’s Palace came at a time of changing approaches to social inequality.

“The founding of the People’s Palace was different to previous attempts to improve the lives of East Enders,” she said.

“The Victorian philanthropists who established the Palace and worked there believed that state-of-the art cultural and educational opportunities should be open to all. They understood the role that education could play in changing people's lives for good.”

The new scholarships, available to undergraduate students enrolling at QMUL from 2018, are available to all applicants (UK, EU and Overseas fee status) who are predicted AAA at A-level. Applicants will need to write a supporting statement that explores how they have either overcome a particular hurdle in their own lives and persevered to succeed, or worked with a local community. They also need to describe their aspirations for the future and how their degree at QMUL will help them achieve this.

The university’s wider work in public engagement has been recognised more recently with two awards: QMUL was the first institution to be awarded the Engage Watermark Gold Award for excellence in public engagement, and for its current approach in research and teaching. It has also just been awarded the Silver Athena SWAN for the first time, which builds on the institution’s long-standing commitment to equality of representation and opportunity for our staff and students.