There are significant differences between Leave and Remain MPs in what they want out of Brexit negotiations, according to polling conducted for The Mile End Institute, Queen Mary University of London and The UK in a Changing Europe. 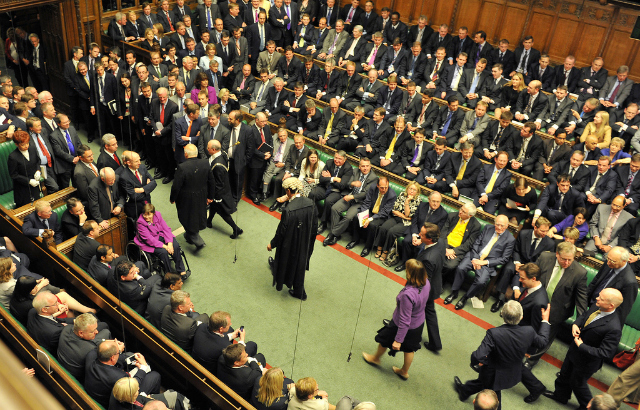 Among Leave MPs, 72 per cent prioritise controlling immigration or not paying into the EU budget over retaining access to the single market. MPs who voted to remain in the EU, however, are more divided, with less than half prioritising access to the single market over either immigration control or paying into the EU budget, with the rest taking a variety of different positions.

A minority (26 per cent) of MPs believe that the referendum result would not be honoured if Britain remained in the single market or continued to pay into the EU budget (35 per cent). The latter contrasts with polling by Lord Ashcroft in August 2016 which found 81 per cent of the public believed continuing to pay into the EU budget would not be compatible with leaving the EU.

MPs see controlling immigration from the EU as key – with 58 per cent viewing it as a condition for respecting the referendum result. However, when it comes to EU nationals already living and working in the UK, MPs say that allowing them to stay is compatible with the referendum result – just five per cent say this is incompatible with leaving the EU.

Professor Tim Bale of QMUL's School of Politics and International Relations said: “This shows how deeply Brexit has divided parliamentary opinion across a range of issues. The divide is not just between those who see the glass half full or half empty; it’s a real divide between panglossians and pessimists.”

Support for a second referendum

Almost half of MPs (49 per cent) believe parliament should have a vote on the final deal with the EU, as the Prime Minister has promised - although majorities of Leavers and Conservative MPs do not think this is necessary. There is little appetite for a further referendum: just 13 per cent of MPs wanted a second referendum to approve or reject any deal with the EU.

The experience of the referendum has not led MPs to favour more referenda. Just three per cent say they are now more in favour of referenda than before, while 49 per cent are less so, including 70 per cent of Labour MPs.

Professor Philip Cowley of QMUL's School of Politics said: “Although MPs want parliament to influence the Brexit process, they are not keen on rerunning the referendum – and their experience has clearly not made them more positive about participatory democracy in general.”

When MP’s were polled in late 2015, more than two-thirds of Conservative MPs said they were waiting for the Prime Minister’s EU renegotiation before deciding how to vote. The latest poll found more than half of Leaver MPs say they became more favourable to Leave following the renegotiation.

UK in a Changing Europe director Professor Anand Menon said: “Leavers want to control immigration at all costs. Remainers are much more divided over what to prioritise – which may well make them less able to shape the debate.”