Researchers from Queen Mary University of London (QMUL) will this week begin work on a major project to document Europe’s migrant and refugee crisis. Led by Professor Elspeth Guild from QMUL’s School of Law, the research team will produce a database of migrant journeys as well as testimonies from interviews with migrants and refugees. 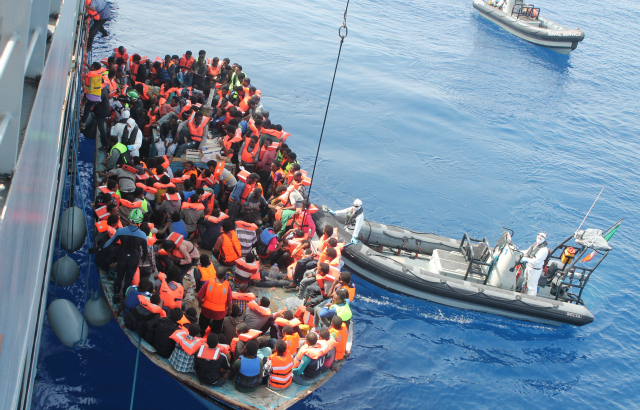 The project documents migrant journeys across Europe from Sicily to London. It aims to disentangle the category of ‘mixed migration’, which refers to the combination of economic migrants and refugees. The project will provide a clear picture of the people caught up in the crisis: who the migrants and refugees are, where they come from, where they wish to go, and how they are treated along the way.

Professor Guild said: “We want to change minds and policy through evidence. That requires a mixed approach which deals with both statistics and migrant stories. As it stands, the EU and governments simply don’t have enough information to make effective policy decisions. The manner in which we account for and document migrants is fractured and failing.”

She added: “The media and the public are often reliant on individual migrant cases to tell the story of what is a deeply complex crisis. We will interview 100 migrants, agencies, and governments to create a richer and more representative picture of the reality on the ground.”

A major focus of the project will be the inconsistent and dysfunctional implementation of how migrants are registered and documented upon their arrival in, and during the course of their journeys across, Europe.

According to co-Investigator Dr Leonie Ansems de Vries, King’s College London: “Our approach is original because it documents migrant journeys by focusing on transit points in Italy, France, and the UK. It is this kind of insight into the trajectories of migrants and refugees, and the wider environments in which these take place, that will help craft policy recommendations for a more sustainable and humanitarian response at the EU level.”

These policy recommendations will be designed to influence and shape the development of the European Agenda on Migration, recently announced by the European Commission.

Dr Ansems de Vries said: “The Agenda focuses on relocation and resettlement of refugees based on quotas. That focus is, to some extent, understandable – but policies should be based on humanitarian principles, and not just on quantitative measurements.”

The research team, which includes Dr Glenda Garelli, will begin the project with a series of migrant and agency interviews in Paris, after which they will spend time in Calais, where they will meet migrants in informal camps, followed by interviews in Milan with migrants, activists, and social society organisations.