Online courts must not compromise fairness

In this article, Professor Julia Hörnle - one of the UK's leading experts in online dispute resolution - comments on the recent recommendations from Civil Justice Council's report on ODR. The group, of which Julia is a member, calls for a radical shake-up in how the UK handles low value claims. 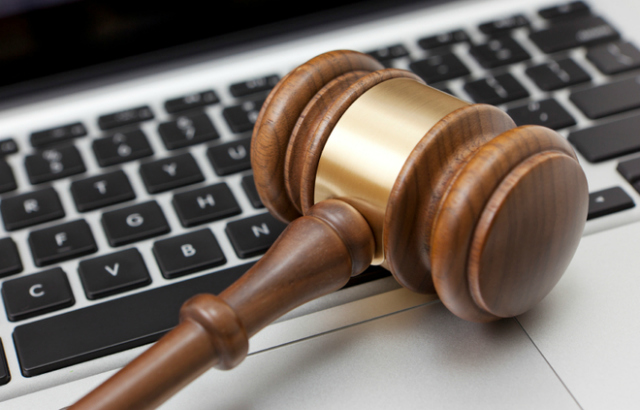 Can the serious atmosphere of court, standing in the dock facing a be-wigged judge and barristers, be carried over into the world of video-conferencing? Skype of the Bailey, if you will.

This is what the Civil Justice Council’s recently published report recommends. The council’s Online Dispute Resolution Advisory Group has recommended setting up a pilot programme that would introduce online dispute resolution as an integral part of the court service – not as an alternative to it.

This parallel service – Her Majesty’s Online Court – would provide court users with a three-tiered service that would offer legal advice and guidance, a means to negotiate a settlement through mediation and a service for disputes not yet settled a binding online adjudication by members of the Judiciary. This process would be based on documents shared online, and through online video-conferencing – not that different to FaceTime or Skype. Judgements given during Tier 3 hearings would be fully enforceable legal judgements as from any other court.

It is envisaged that costly and complex cases may not be suitable for online courts and would be dealt with in a traditional courtroom. Assessing which sort of cases are more suitable for dealing with online is something that still needs to be established. For example, online courts would probably be suitable for small claims civil cases, those with a value below £10,000, which currently make up a large majority of cases filed in court.

By bringing legal advice to those in dispute, through sophisticated software tools and human advisers, online dispute resolution would provide complainants with easier access to justice, sooner. It could reduce some of the barriers that prevent some people from going to court, such as the need for legal advice and official documents. And it would do so more cost-efficiently by virtue of sidestepping the bottleneck of having to book time in limited, physical courtrooms.

More cases would hopefully be satisfactorily solved before reaching the stage of a formal adjudication, as users would be better informed about their rights and assisted toward reaching a mutually acceptable outcome.

But can online dispute resolution offer the same gravitas as the physical courts, and offer defendants their “day in court”?

The authority of online courts would be established by the expertise and high standing of the facilitators and judges. There is no reason why civil justice must be meted out exclusively in a physical building. One of the keystones of fairness is due process and open justice. Traditionally court hearings have been open to the public. But there is no reason why this cannot be implemented through technology. Audio recordings or video footage of hearings could be made available online.

This is currently done in respect of some public inquiries, such as the Leveson Inquiry of 2012. Transcripts of judgements and orders are already published through law reporting. Video-conferencing is presently widely available in civil courts, for example to allow testimony from witnesses, from children, or from serving prisoners.

However what’s most important for any online court service is that it is designed in such a way as to increase access to justice, and is not merely a cost-cutting exercise for the Ministry of Justice.

Some government IT projects cut costs for the taxpayer at the expense and inconvenience of those that use the services. For example some motorists are inconvenienced by the collection of bridge toll fees online, instead of simply dropping coins into the toll booth as they pass. In order to keep the system fair, it should not be assumed that everyone is online all the time, and timescales should not be unrealistically short to allow court users and their advisers time to respond.

The right to a fair and public hearing under Article 6 of the European Convention of Human Rights applies to dispute resolution which is mandatory (in the sense that not all disputants are using it voluntarily) and coercive (in the sense that it produces a binding decision which is enforced by the state for example through bailiffs or by the confiscation of earnings or property).

So if the proposed online court service becomes the mandatory track for certain types of disputes (such as small claims) it will have to provide for due process and a fair hearing.

This does not necessarily mean that a physical face-to-face hearing must be held, nor does it mean that the parties should not try mediation first, nor that aspects of the legal process cannot be automated. But it does mean that the parties must have an equal and fair chance to present their case and respond to the other.

The proposed online court is also different from arbitration – arbitration also produces a binding decision which can be publicly enforced, but both parties must agree to choose arbitration. A future HM Online Court Service would have the authority of the state with the power to bring people to court, and this is why procedural fairness protections are so fundamental.

None of this is science fiction, as online dispute resolution of various kinds is wildly used in many contexts. For example disputes between trademark owners or domain names are settled via an online procedure – more than 30,000 disputes have been settled by the World Intellectual Property Organization in this way.

Various European countries already use online resolution for small claims disputes. While regulated industries such as financial services and telecommunications have to comply with decisions made by the relevant dispute resolution service, these initiatives are outside the courts. To bring online dispute resolution within the courts service is revolutionary in the UK – but lags behind Australia, Singapore and Canada who have taken the step already. British Columbia in particular is about to start its Civil Resolution Tribunal.

An online court service is necessary in order to make the civil courts more efficient but also chimes with the expectations of increasingly digitally native court users. But it will also lead to greater access to justice, if it is implemented in a way which guarantees procedural fairness. The days of “Skype of the Bailey” have just begun.

Julia Hörnle joined Queen Mary University of London in 2000 and is a Professor of Internet Law. She is an expert in internet law, focusing on regulatory issues, consumer protection, jurisdiction and online dispute resolution. Julia teaches Cyberspace Law for the LLM and LLB and courses in the Computer and Communications Law offering, including an Online Dispute Resolution simulation.

She has managed a team of researchers in several publicly funded research projects, for the Information Commissioner, the European Commission, the Chinese Government and the UK Government (OFT and BIS) on Online Arbitration and on the ADR Landscape in the UK.