Infection experts to battle it out in I’m a Scientist, Get Me Out of Here!

Biochemistry lecturer Dr Mark Roberts will fight fierce competition from the world of infection research, as he aims to become the next Queen Mary University of London winner of popular science competition I’m a Scientist, Get Me Out of Here! 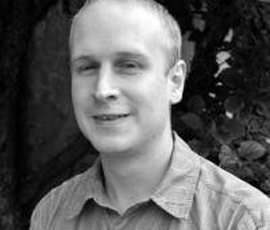 I’m a Scientist: Live takes place on Monday 18 November - European Antibiotic Awareness Day -  at the Royal Society of Chemistry, London. The science outreach competition is targeted at teachers and sixth-form students and puts five researchers from different institutions on stage to compete for audience votes, answering questions on ‘drugs, bugs and infections’.

The event will be hosted by ‘science songstress’, Helen Arney and is supported by the Society for General Microbiology.

I’m A Scientist is a series of live and online events on a variety of themes, including physics, medicine, genetics and ecology. Queen Mary has a track record of competition success, with previous winners including Dr Ben Still from the Department of Physics and PhD candidate Allan Pang, from the School of Biological and Chemical Sciences.

Dr Mark Roberts is a lecturer in biochemistry who recently joined the School of Medicine and Dentistry at Queen Mary. Alongside teaching medical students, his research examines how bacterial cells ‘sense’ the outside world, and how they sense changes when bacterial cells divide and grow. This basic scientific research forms the platform upon which new antibiotic drugs can be designed.

Dr Roberts comments: “I was a 2010 winner in the online version of I'm a Scientist, beating stiff competition from an astrophysicist and an environmental scientist. I’m now very much looking forward to the challenge of competing in front of a live audience.”

For more information about I’m A Scientist, visit http://about.imascientist.org.uk/2013/im-a-scientist-live-drugs-bugs-and-infections/