Ukraine - A critical test for the West? 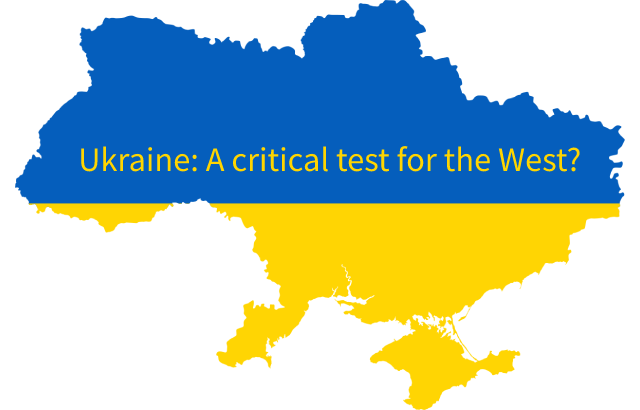 On Thursday 24 February Western fears were realised when Russia invaded Ukraine by land, sea and air: the most significant attack seen on European soil since World War II.

Such developments threaten a return to the Cold War, use of weapons of mass destruction and regional instability. With relations between NATO allies and Russia at rock bottom, is it too late to de-escalate the conflict through political dialogue? Are sanctions – even of the most severe type – any real deterrent? In retrospect, was the West insufficiently robust in its response to the annexation of Crimea?

This Queen Mary Global Policy Institute Global Seminar was devoted to analysis and exchange of opinions on the critical situation in Ukraine. Our panel discussed the context of the crisis, possible solutions and whether there is any real hope of minimising a wider European conflict.

Our panel of current and former diplomats, scholars of politics and international relations and specialists in international conflict resolution included: