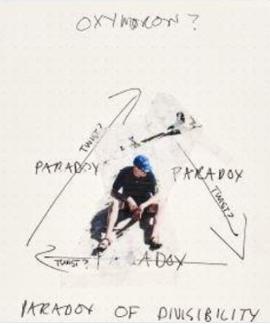 How has writing from and about South Africa travelled beyond the borders of the country? How has it made readers feel, and why might this continue to matter? Using key examples from the past 130 years, the lecture will survey the trajectory of South African writing as a category, ask how and why some texts have become well known internationally while others have not, and consider the importance of the personae that South African writers have (or been thought by readers to have) adopted, as well as the significance of the material forms that texts have taken—the guises, or indeed ‘personae’, under which they have travelled. Texts from and about South Africa—not to mention readers encountering them—have had to find ways to grapple with questions about the appropriateness or otherwise of representations of the country’s diverse people and complex politics. (Appropriate can, after all, be an adjective and a verb.) This lecture will therefore also grapple with the politics of speaking—and writing—positions, including this lecturer’s own. It will address South Africa’s often problematic place in postcolonial studies, and will argue for the continuing relevance of the study of the country’s literature here and now.

Andrew van der Vlies is Professor of Contemporary Literature and Postcolonial Studies in the School of English and Drama. Born and raised in the Eastern Cape province of South Africa, he completed his doctorate at the University of Oxford and taught at the University of Sheffield before joining Queen Mary in 2010. He is the author of the books Present Imperfect: Contemporary South African Writing (Oxford, 2017) and South African Textual Cultures (Manchester, 2007), and of a number of scholarly articles and chapters on South African literature, visual culture, gender studies, and print cultures (including contributions to the Oxford Companion to the Book, Cambridge History of South African Literature, and Oxford History of the Novel in English). He is editor of a collection of essays on Print, Text, and Book Cultures in South Africa (Wits, 2012), and lead editor of the scholarly journal Safundi: The Journal of South African and American Studies (Taylor & Francis). Forthcoming books include editions of Zoë Wicomb’s non-fiction (Yale), and of Olive Schreiner’s The Story of an African Farm (Edinburgh). Van der Vlies also holds an honorary appointment at the University of the Western Cape, in South Africa.