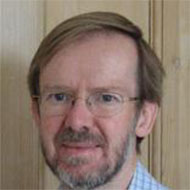 Prof John Priestley is Emeritus Professor of Experimental Neuroscience. Prior to his retirement in Aug 2013, he was Professor of Cell Biology in the Centre for Neuroscience and Trauma at Barts and The London School of Medicine and Dentistry, Queen Mary University of London (QMUL), and was head of department from 1998-2008. Prof Priestley moved to QMUL in 1997 to take up a personal chair in the Anatomy Department, after spending 12 years in the Departments of Physiology and Biochemistry at the Medical School of Guy’s and St Thomas’s. Prior to that he spent 8 months as visiting Assistant Professor at the University of North Carolina Chapel Hill, after 6 years as a PhD student and a Beit Memorial Research Fellow at the University of Oxford. In 1977 Prof Priestley had graduated in Natural Sciences from Clare College Cambridge, and then worked for a year in the Pharmaceutical division of Reckitt & Colman Ltd.

Prof Priestley did an undergraduate project, and then a PhD, under the supervision of Prof Claudio Cuello, and developed a love for histology and microscopy, and for the structures of the nervous system, that has continued throught his career. When appointed as a Professor in 1997, he titled his inaugural lecture “Pied Beauty”, after the poem by Gerard Manley Hopkins which celebrates the complex beauty of God’s creation. Prof Priestley has sought to unravel the complex beauty of the nervous system, and his studies have been characterised by the quality of the images. In 2006 Prof Priestley was awarded the Combined Royal Colleges Medal of the Royal Photographic Society “for the outstanding example of photography in the service of medicine and surgery”. He has published over 170 research papers with a focus on three main themes, namely (1) the anatomy and neurochemistry of dorsal root ganglion neurons, with a particular focus on their response to injury and the organization of pain pathways, (2) the consequences of spinal cord injury and the development of new strategies for spinal cord repair, and (3) the use of biomaterial-based implants for peripheral nerve and spinal cord repair. Crucial to these studies have been the many talented students and colleagues with whom Prof Priestley has worked. The symposium will consist of short talks by some of those colleagues, covering the three main themes of his work and highlighting the latest advances in each field.