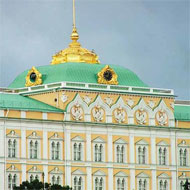 The Roundtable, convened by Professor Catherine Merridale and Professor Andreas Schönle, will be moderated by John Lloyd, contributing editor at the Financial Times and former Moscow Bureau Chief.

The debate will be followed by a reception and is free of charge. Please kindly confirm your attendance and reserve a seat by contacting mailto:a.schonle@qmul.ac.uk.