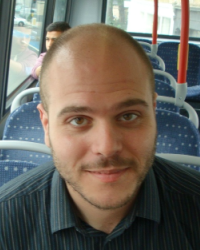 Lecturer in Politics and International Relations

Diego joined the School of Politics and International Relations in 2017. He was previously an LSE Fellow, working on the School’s flagship LSE100 Course. He completed his PhD in the IR Department there in 2015, with a dissertation on the ethics of international development. In 2015/16, he was responsible for a mainstreaming review of the LSE100 syllabus, which resulted in the largest equalities initiative of its kind in UK higher education.  He was awarded departmental teaching prizes in 2014 and 2016. Diego’s research interests include the ethics and politics of international development; the feminist ethics of care; human empathy and affect in moral theory; intersectionality and equalities mainstreaming practices around the world.

Diego’s research falls broadly into two categories, focusing on the ethics of international development and on gender and equalities mainstreaming practices around the world. As a political theorist, his research explores questions of human empathy and affect in moral theory; global ethics; post-development theory; the feminist ethics of care and ethical considerations of international development policy. More recently, his work as part of a team exploring equalities mainstreaming internationally, has led him to field research across the devolved UK powers; to Sweden, India and South Africa (2017), in order to assess the possibilities for intersectional approaches to traditional gender mainstreaming policies.

In 2010, Diego received one of two PhD scholarships in the IR department for his doctoral studies at the LSE. He subsequently received LSE Directorate funding for field research in India and to present findings at an international conference on gender mainstreaming in Kolkata in December 2016. Diego has previously participated in successful institutional applications for major SSHRC and Michael Smith Foundation grants through his work at the Institute for Intersectionality Research and Policy in Vancouver, Canada.

2015. ‘Ethical Encounters – Parsing the Pluriverse: Empathy and deliberation in a post-MDG ethics of international development’ May 3, 2015 on The Disorder of Things

Diego is a Research Associate with the Institute for Intersectionality Research and Policy at Simon Fraser University in Vancouver. During his time at LSE, he also participated in school and community outreach workshops related to gender and intersectionality, last presenting to primary and middle school students at the International School of Brussels in June 2016.