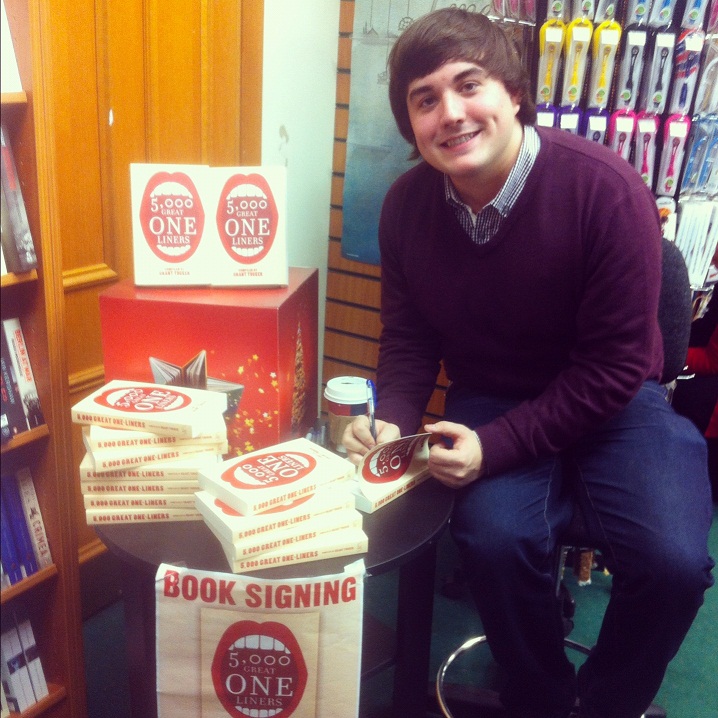 A student from the School of Politics and IR, Grant Tucker has published his book 5000 Great One Liners.

Read his story below.

I grew up like most people with a family who think they are the funniest people known to man. Admittedly my dad is pretty funny, although I would never say that to his face as he wouldn't stop bragging for a week. He is the type of dad who is always the first to crack a joke down the pub. So when I was approached by a publisher to do a book of one-liner jokes, I jumped at the chance. I've always appreciated one-liner comedy from the likes of Les Dawson and Bob Monkhouse. So after many months of preparation my book 5000 Great One Line5000s hit the shelves in October. Even more surprisingly after a few local newspaper interviews, a couple of radio broadcasts, and a book signing I was told that my book had sold out of its 5000 print run by Christmas time. My dad maybe funnier than me, but I'm the one with the bestselling joke book!

Here is a link to buy the book from Amazon