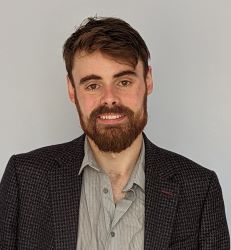 Colm became a Lecturer in British Politics at QMUL in 2022. Previously, he had studied at the University of Cambridge, before undertaking a PhD at Queen Mary. He was then a Past & Present Fellow (2020-22) at the Institute of Historical Research. Colm has taught and worked in research and public engagement roles at Queen Mary, Cambridge, and Fordham universities.

Colm's research focuses on the contemporary history of British and Irish party politics, political culture, and political economy. His forthcoming book interrogates socialist and social-democratic debates about the political future of the UK Labour Party from the 1970s to the 1990s, a period of electoral defeat and ideological disorientation for the left. He has, in addition, published articles on political culture, sexuality, race, and electoral strategy, in the journals English Historical Review and Twentieth Century British History, and has contributed a chapter on Labour's economic policymaking to Rethinking Labour's Past (2022). Colm has also written an article on Irish labour relations and nationalism in the 1910s for History Workshop Journal.

Colm is currently finishing a project on the crisis of British Keynesianism from 1973 to 1993, focusing particularly on Keynesian debates about protectionism, European integration, and global north-south relations. He is also working on a special issue on the 'future of British political history' for The Political Quarterly with Lyndsey Jenkins and Robert Saunders.