New plans to regenerate the Whitechapel area have been recognised at the national 2014 Planning Awards. 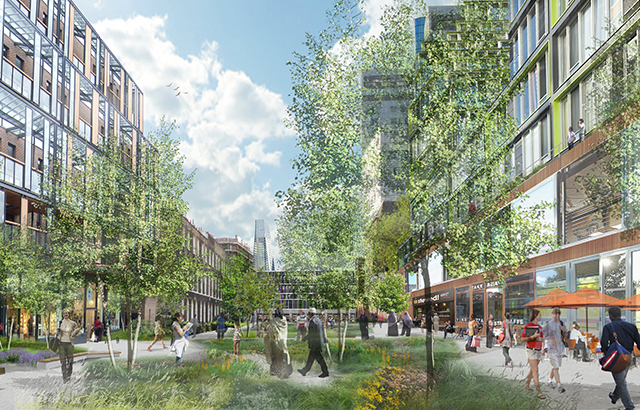 Whitechapel Vision will rejuvenate the area with new town centre uses, public spaces, and activity stretching across both sides of the Whitechapel Road and beyond.

Whitechapel Vision's plans to combine the area’s historic, cultural and community assets to create a unique part of 21st century London has seen it shortlisted for the Award for Strategic Planning at the Planning Awards.

The masterplan for Whitechapel Vision, which was developed by Tower Hamlets Council with BDP, can be seen here.

The prestigious awards ceremony will be held on Tuesday 18 November at the Royal Society of Medicine, and will celebrate the outstanding achievements in planning work by local authorities, consultants, developers, lawyers, voluntary and neighbourhood groups and all other key players working in the built environment.

The Whitechapel Vision plans, which were launched in March 2014, have generated a huge amount of support and excitement from residents and businesses, along with strategic partners involved in the delivery of this project.

Key achievements so far include:
• the launch of the masterplan and new regeneration team
• the establishment of a Strategic Partnership Board to guide and deliver regeneration
• triggering over £100 million of private land acquisitions since March 2013
• live planning negotiations on five major development sites with a pipeline of approximately 2,500 new homes coming
• allocation of £200,000 towards design scoping and consultation on the redevelopment of Whitechapel Road

Once plans have been completed, the Whitechapel Vision masterplan will see:
• up to 3,500 new homes delivered by 2025, including a substantial number of family and affordable homes
• 5.000 new jobs
• the transformation of the Whitechapel Road
• seven new public squares and open spaces