The Tories should stop their silly games about a second coalition

Tactically, strategically and constitutionally, it's utter madness for the Prime Minister to rule out another coalition, says Tim Bale. 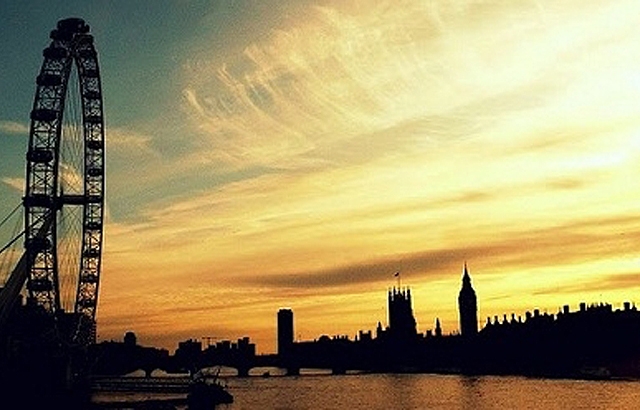 David Cameron's "big, open and comprehensive offer" to the Lib Dems in May 2010 was for many Right-wing Tories the ultimate confirmation of a long-held belief that their leader really wasn't "one of us". Rather than entering No 10 at the head of a heroic minority Conservative government, the Prime Minister had chosen instead to pursue the path of modernising centrism that had lost his party the election in the first place. It was bound to end in tears. The only upside was that the Cameroons would soon realise the error of their ways – and that nothing like this would ever be attempted again.

Suggestions that Mr Cameron wants to rule out another coalition in the run-up to the next election and make it clear instead that he will lead a minority government would appear to confirm their analysis. If true, it would constitute a comprehensive trashing of the liberal/compassionate Conservative brand that Cameron tried to build after taking over the leadership in 2005, and mark a retreat to the self-obsessed, Right-wing laager from which he tried so hard to rescue a party that had, after 1997, lost three general elections on the trot.

Tactically, one can just about see the logic – flawed and twisted though it may be. The Party – MPs and activists alike – have never been keen on coalition. And voters say they don't like it either. Ruling out a second go with the Lib Dems might send a useful signal to erstwhile Tory supporters tempted to go with Ukip. It would also confront the rest of us with the stark choice that our electoral system is supposed to confront us with but which, because of the decline of tribal loyalties and dissatisfaction with the big two parties, it now seems unable convincingly to pose.

But such a move is also tactically very risky. People are already wondering quite what the point of this coalition is: saying "never again" would only confirm the impression that it's carrying on for the convenience of the two parties involved rather than the good of the country that Cameron is pledged to serve. Ruling out a coalition next time and therefore in effect threatening a second election unless voters are sensible enough to give the Conservatives a majority first time round also risks coming over as childish, as well as selfish. Cameron could end up looking like the boy who brought his ball to school and would only let the rest of us play if we made him captain and let him pick the teams. We've all been there, and it's not a good look. Add to that the fact that any talk of what would or wouldn't happen in the event of another hung parliament betrays a pathetic lack of confidence in the Conservatives' capacity to win outright – a concern that maybe realistic but risks becoming a self-fulfilling prophecy – and the whole thing begins to unravel even as a short-term expedient.

So much for tactics, then. What about strategy? Again, the idea scores poorly. Not only does the mooted move to rule out a deal, especially when put together with all the Brussels-bashing and the guff on immigration, suggest that the Tories are heading back to the self-righteous, self-absorbed comfort zone that their leader once claimed was a dead end. It also throws away one of the historic gains of going into government with the Lib Dems in the first place, namely that it put paid to the assumption that there was an anti-Tory progressive majority in this country – made up of the Lib Dems and Labour – that only first-past-the-post prevented from governing in virtual perpetuity.

Making it clear that this is basically the only coalition on offer may well encourage voters, if not immediately then sooner rather than later, to give it a whirl – especially now that the Lib Dems can reasonably claim they'll stop Labour spending (and taxing) too much. A Lib-Lab deal, especially if it comes to pass in, say, 2020 could well trigger another try at electoral and constitutional reform, which if artfully achieved, really could lock the Tories out of power for a very long time indeed.

Talk of matters constitutional brings us neatly, and finally, to what may be the biggest problem with Cameron's plan, presuming for the moment that he has one. I have lost count of the times I have been told by Tories that Cameron should have gone for a minority government in 2010 or else called an immediate second general election. Our survey of the Party's rank and file also showed that, in hindsight, they too would have preferred him to have exercised either of those options rather than do the deal he did with Clegg. But this represents a fundamental misunderstanding of how parliamentary government works in both theory and practice.

The truth is – as David Cameron very well knew (presumably a PPE degree comes in handy now and then) – that, unless the Lib Dems had been prepared to offer him a "confidence and supply" agreement (which they weren't) then no government worth the name could have formed in the first place since it would have failed to win a vote of confidence in the House. True, this might have triggered a second election – but it might very well not have done if the Palace had been informed that the Liberal Democrats and Labour, with the support of the smaller parties, were ready to do a deal instead. The idea that Cameron shouldn't have bothered going for any kind of deal with the Lib Dems and plumped instead for an immediate second general election is equally fanciful: it is the Palace, not the leader of the largest party, who gets to decide to dissolve parliament.

Cameron's choice in 2010, then, was not between a minority government or a second general election on the one hand and a coalition with the Lib Dems on the other. It was between the latter and some sort of Lib-Lab pact. In the event of another hung parliament in 2015, the choice – if it can be called a choice – may well remain the same. Pretending otherwise, or thinking you can somehow escape that choice by closing down your options, is fantasy. The Prime Minister, or whoever's flying this kite on his behalf, should stop playing silly games and simply focus instead on trying to win the election – outright or otherwise.

Professor Tim Bale is Chair of Politics in the School of International Relations and Politics at Queen Mary University of London.
He is also course director of the new MA in British Politics, which starts in September 2014.
This opinion piece was originally published in the Daily Telegraph.