Queen Mary University of London held its first ‘enterprise bootcamp’ last week, as part of London Technology Week (16-20 June) – a week-long celebration of the city’s role as the digital capital of Europe. 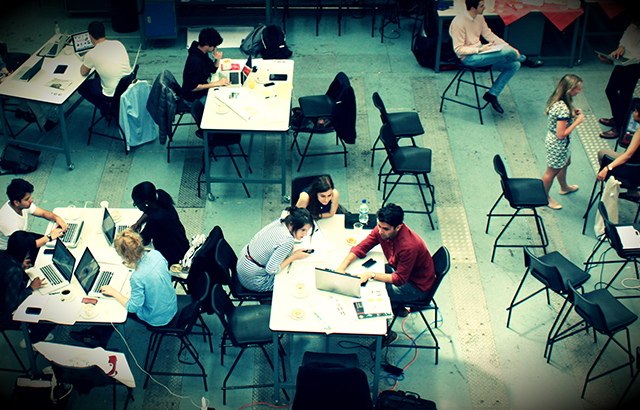 In partnership with the company 3 Day Startup (3DS), QMUL hosted 33 students from universities across the UK, working in teams to develop businesses from seed ideas to a formal pitch in front of an audience, over the course of just 72 hours.

Day one saw students arrive with individual business ideas to pitch to the group. A blind vote was carried out to select the seven most popular ideas, which were then developed over the next two days with the support of mentors from a range of different organisations, including Gumtree, Propercorn, UK Trade & Investment and app developers Pandapay. 3DS also flew a facilitator in from the United States with extensive experience in the start-up scene.

On day two students were tasked with conducting market research to refine their ideas. They took to the street, made calls, and knocked on the doors of Google Campus to quiz executives and get feedback on their plans.

Students spent day three finalising and rehearsing their pitches. They were presented on the evening of Thursday 19 June at Mother London in Shoreditch to a panel of judges, including QMUL Vice-Principal for Public Engagement Student Enterprise Professor Peter McOwan, and Fred Schmit, Austin-based serial entrepreneur.

Business ideas were primarily tech-based, including an app to gather ‘mood analytics’ and an app to support architects with property designs. QMUL hopes to support a number of businesses from the bootcamp to get started via Try It Enterprise Prize Funds.

For more information about enterprise at QMUL, including Try It Enterprise Prize Funds, visit www.careers.qmul.ac.uk/students/enterprise/index.html.

Case study. favourful - an app that challenges how we use social networks 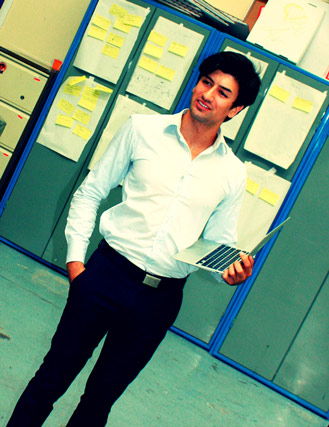 Politics and Business Management student Matt Mahmoudi came to QMUL from Denmark in September 2013. In October 2013 he launched Politics Made Public – an online contributor-based magazine aimed at raising public awareness of global politics in an approachable way.

After completing his first year at QMUL, Matt took part in 3 Day Startup with a new project - favourful, an app that challenges the way people use social networks:

“The idea for favourful came about last summer, when I saw a status update on Facebook asking for a bike repair in exchange for a pint!

favourful challenges the way we use our social networks through communities. It accomplishes this through a favour-exchange based on your primary network, making it more interconnected, social and real, and it does this through a mobile app.

You ask for a favour, such as help moving house or fixing a bike, by posting a picture of the problem on the app. You’ll also have to offer a token in return (some other form of favour, such as dinner, coffee, or movie tickets), which a user can claim through accepting to carrying out your favour for you, whatever it might be.

Upon completion of the favour, an image of this will be posted to favourful by the asker, and a point-score in the form of a ‘kudo’ will be given to the helper. This way, other users can check the reliability and social standing of any one user on the favourful network.

The idea plays on the lack of a platform for the exchange of favours between friends. It’s similar to Fiverr and Task Rabbit, but instead of using the sharing economy, it uses the gift economy; in this way, you won’t actually have to pay a penny for the favours you ask, but those who have committed to carry out the favour still have a commitment to do so. This is ensured through our emphasis on accountability.

We also ensure that you only deal with your immediate network as a start, for example the QMUL network on Facebook, to prevent problems with strangers or fraud.

At this point I’m in touch with StudentUpstarts and a mentor from the tech industry, and am looking to focus my entry-strategy further. We are also looking for an objective-c and web developer, to help us prep the app for its launch in the autumn.”