Searching for patterns is essential for our survival

Iconic musicians like Jimi Hendrix, Kurt Cobain, Janis Joplin and Amy Winehouse all died at the age of 27. Why do we read into these random instances as patterns? 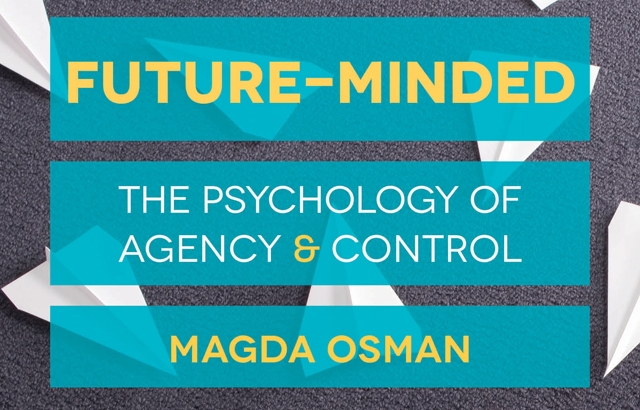 Are such coincidences evidence of mysterious, hidden and possible paranormal activity as ‘believers’ would argue? Or are they simply explained away as statistical quirks as skeptics would suggest?

There is a third interpretation: the rationalist argument. As cognitive psychologists, my colleague Dr Mark Johansen at Cardiff University and I propose that coincidences are an unavoidable result of our mind searching for connections, and a fundamental part of being human.

Coincidences show how clever our mind is, because it is constantly searching for repeating patterns of events in the world. Patterns carry important information, such as how events are related in space and time. Crucially they also imply that there is likely to be a cause behind them to have made them happen in the first place.

Take a commonly experienced coincidence, such as thinking about a person and them ringing at that precise moment. When this pattern is repeated, we try to find the cause behind it – in this case some might think we are psychically linked.

Repeating patterns like this invite a causal explanation, but at the same time, the causal explanation is seemingly so unlikely that a nagging part of our mind is also hinting that the whole thing could actually be down to chance.

This mental flip-flopping between cause and chance happens all the time. This is because, contrary to much of the myths around coincidences, they aren’t always weird and dramatic – they happen to us about once a week, and can be mundane.

So why do we take note of some patterns and not others? The main reason is that some patterns are striking because they appear to be novel – they pop out from the background. As learning machines our brain is always on the lookout for new useful patterns, particularly ones that don’t happen often.

As well as being novel, they have to happen close in time or in space, and the events have to have some similarity, which is why not all new unusual patterns are thought of as a coincidence. This is the problem with mathematical laws, because they cannot explain why we take note of some patterns that we think are coincidental, and not others.

Sometimes coincidental events can be surprising and rare, such as the fact that John F. Kennedy and Abraham Lincoln's assassins were born 100 years apart.

So, for things to be coincidental, they have to be patterns of events we observe repeating in such a combination that the explanation for them seems even less plausible to us than chance. This is not because of statistical laws, but because of how we think about the world.

The way we interpret coincidences might suggest we’re bad at statistics or that we jump to every paranormal explanation going, but neither is the case. Coincidences are simply part and parcel of how our mind is constructed to look for causes.

Searching for patterns is essential to our survival – even if we’re led down false paths, our brain is still learning from the experience.

Crucially, if we observe a pattern then it means that we have detected regularity in the world, which is likely to have a causal basis. This in turn means we can use it to make a prediction, and if we can predict, then we can use this to our advantage because we can control future events more reliably.

Dr Magda Osman, Experimental Psychologist at Queen Mary’s School of Biological and Chemical Sciences, is author of Future-minded: The psychology of agency and control in which she discusses coincidences and other psychological phenomena such as the unconscious. She will be hosting a public debate on Tuesday 25 March on the topic of ‘Who is in control?’ Join the debate here: https://www.eventbrite.co.uk/e/who-is-in-control-tickets-10021842601