New research to help save UK trees from beetle threat

Researchers at Queen Mary University of London are among seven UK teams to secure a share of £7m in funding for the fight against pests and diseases endangering Britain’s woodlands. 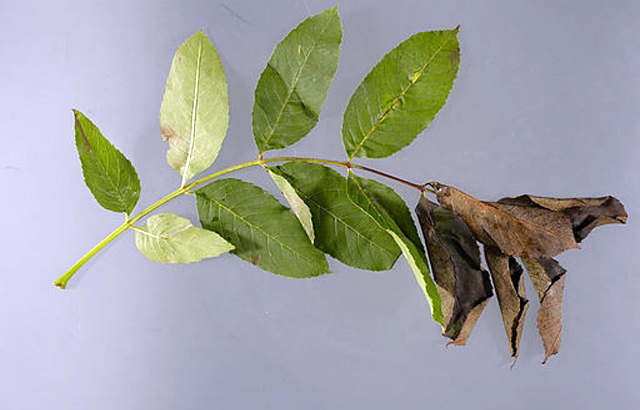 The Tree Health and Plant Biosecurity Initiative (THAPBI) will generate knowledge to tackle pests and diseases, to support the future health of the UK's forests and urban trees.

British ash trees are not only threatened by ash dieback (ADB), but also by the emerald ash borer (EAB) beetle, which has killed tens of millions of trees in North America. Initial studies suggest that some species may be resistant to both threats.

Researchers led by Dr Richard Buggs, with Dr Stephen Rossiter, from the School of Biological and Chemical Sciences at Queen Mary have been awarded £760,000 to find the genes responsible for resistance.

“In future Britain may need ash trees that are resistant to both ash dieback and emerald ash borer,” he explains. “This potential is already present in other species within the ash genus, which consists of about 50 species worldwide.

“This project will pioneer the application of a new method for finding genes responsible for pest and pathogen resistance in trees. We will build evolutionary trees for thousands of genes within the ash genus and examining how patterns of gene evolution fit with patterns of resistance to ash dieback and the ash borer beetle.”

For this method to work, accurate information is needed about the vulnerability of different ash species to ADB and EAB.

If successful, these approaches can also be used to tackle tree health issues in other tree species.

A social science study conducted by the University of Oxford will complement the research, to gain an understanding of whether the public will accept genetic solutions to tree health issues.

Environment Minister Lord de Mauley said: “Safeguarding the future of our trees and plants is enormously important - on more than one occasion we have seen the dreadful trail of destruction such diseases can leave behind. And it’s not just the environment that suffers, but the economy too. It is vital we invest in research like this to better protect our precious woodland from the future threat of pest and disease.”