Researchers from Queen Mary University of London have found genetic evidence that one of Britain’s native tree species, the dwarf birch found in the Scottish Highlands, was once common in England. 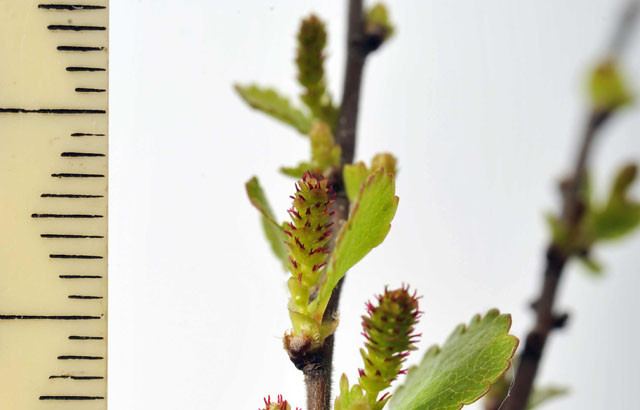 Close up of dwarf birch tree

Genes from dwarf birch were found in birch tree populations across Britain, which reflects a much wider distribution occupied by the “wee tree” when the British climate was colder.

“We seem to have found genetic footprints of the retreat of dwarf birch into its current refuges in the Scottish Highlands,” said Dr Richard Buggs, Senior Lecturer at Queen Mary’s School of Biological and Chemical Sciences, who led the research.

“As dwarf birch moved north, some of its genes were picked up by downy birch trees, which spread through Britain at the cost of dwarf birch. The two species cross-pollinated in many parts of Britain after the last glacial maximum as the climate warmed and ice age glaciers melted away.”

Co-author and PhD student Nian Wang adds: “Our genetic results fit well with the fact that fossil pollen from dwarf birch has been found in parts of England and Wales. As global warming continues, stray genes and fossils could be all that is left of dwarf birch in Britain.”

The current scarcity of dwarf birch seems to be a combination of the effects of global warming, deer grazing and burning plants and trees on moors.

Another risk the study highlights is hybridisation or cross-breeding. Richard Nichols, Professor of Evolutionary Genetics at QMUL points out: “We suspect that the influx of pollen from other birch species is actively harmful to the dwarf populations, especially since the larger trees produce much more pollen.”

The study has good news for conservation groups planting dwarf birch. By using computer models to predict ecological niches, the scientists identified many areas where dwarf birch could potentially grow under current climates.

The study is published in the journal Molecular Ecology today (Friday 25 April) and funded by NERC.