A mathematical tool used by the Metropolitan Police and FBI has been adapted by researchers at Queen Mary University of London to help control outbreaks of malaria, and has the potential to target other infectious diseases. 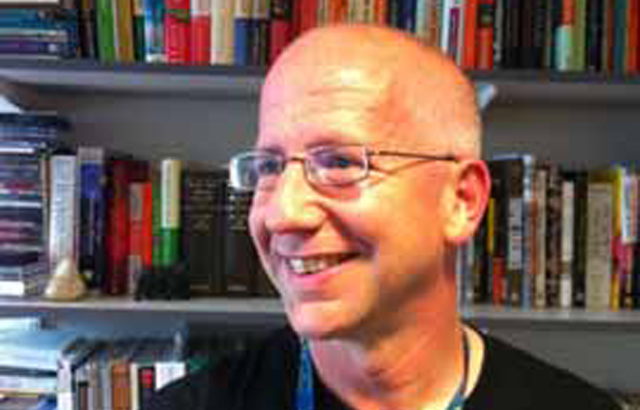 In cases of serial crime such as murder or rape, police typically have too many suspects to consider, for example, the Yorkshire Ripper investigation in the UK generated a total of 268,000 names. To help prioritise these investigations, police forces around the world use a technique called geographic profiling, which uses the spatial locations of the crimes to make inferences about the criminal’s likely anchor point – usually a home or workplace.

Writing in the journal Methods in Ecology and Evolution, the team has shown how the maths that underpins geographic profiling can be adapted to target the control of infectious diseases, including malaria. Using data from an outbreak in Cairo, the scientists show how the new model could use the addresses of patients with malaria to locate the breeding sites of the mosquitoes that transmit the disease.

“The experts working in the field had to search almost 300 square km to find seven breeding sites, but our model found the same sites after searching just two thirds of this area,” said Dr Steve Le Comber, a senior lecturer at QMUL’s School of Biological and Chemical Sciences.

“In fact our model found five of the seven sites after searching just 10.7 square km. This is potentially important since there is a lot of evidence suggesting that the best way to control outbreaks of malaria is to attack the mosquito breeding sites – but it is incredibly difficult to do in practice.”

The mathematical approach takes just minutes on a computer, meaning that the method could be used in the early stages of epidemics, when control efforts are most likely to be effective – potentially stopping outbreaks before they spread. 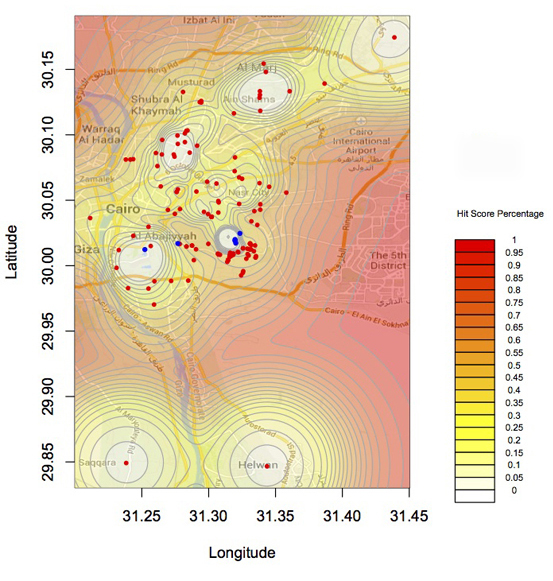 This contour map shows the number of cases in Cairo, Egypt. The observed data points are shown as red circles, while the empirically identiﬁed sources are shown as blue dots.

Dr Le Comber added: “The model has potential to identify the source of other infectious diseases as well, and we’re now working with public health bodies to develop it further for use with TB, cholera and Legionnaires’ disease.”

Interested in reading the paper? Then visit the journal Methods in Ecology and Evolution.