Ada Lovelace Day is an annual celebration of the contributions of women to science, technology engineering, and mathematics. This year we wanted to keep our celebrations close to home by giving some of those working at QMUL the opportunity to introduce themselves and their work. 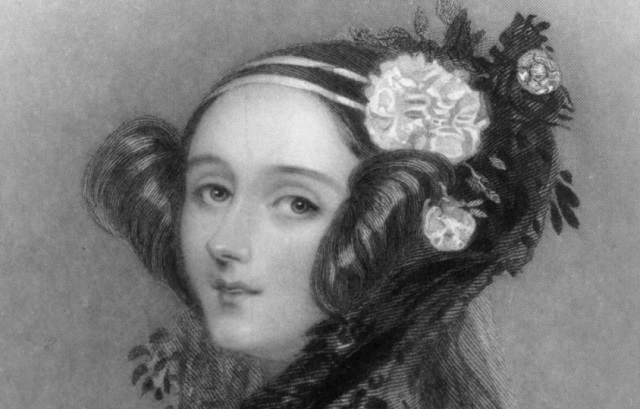 I have been working on network theory since I started my graduate studies under the supervision of Prof. A.-L. Barabasi, a founding father of the field.
Networks are the underlying structure of most complex systems, from the brain and the molecular networks in the cell, to the internet, and the infrastructures, and the study of them is growing.
I have been working in different aspects of network theory including their non-equilibrium dynamics, the frequency of loops and cliques in network ensembles, critical phenomena defined on networks, entropy of network ensembles, and I have collaborated interdisciplinary with neuroscientists, economists.

I’m convinced that the language of mathematics can find ways to relate network science and complexity, to fundamental results in other sciences such as fundamental physics. For example, in my research I showed that networks can undergo condensation of the links that can be described by the same mathematics used to explain the Bose-Einstein condensation.

Currently I am working on multilayer networks, characterising their robustness and their structure. This research has a possible impact on problems connected with the robustness of complex infrastructures, the dynamical processes occurring in the brain, or in financial networks. Working on these subjects is exciting and is a continuous challenge because when answering complex questions we need to find new innovative mathematics.

You can learn more about Ginestra and her work here.

I’m a Senior Lecturer leading the Affective Computing Lab in the School of Electronic Engineering & Computer Science. Prior to that I was a Lecturer at QMUL, a postdoctoral researcher at Imperial College London, and an honorary associate of University of Technology Sydney. I’ve acted as the guest editor of special issues in the International Journal of Synthetic Emotions; Image and Vision Computing; and ACM Transactions on Interactive Intelligent Systems, as a workshop chair of EmoSPACE’15, EmoSPACE’13, EmoSPACE’11, MAPTRAITS’14, HBU’13, and AC4MobHCI’12, as an Area Chair for ACM Multimedia'14, ACII'13, ACM ICMI'13 and IEEE ICME'13, and as a reviewer for numerous journals and conferences in these fields.

My research interests lie in the multidisciplinary areas of affective computing and social signal processing, focusing on the automatic analysis of emotional and social behaviour, audio-visual information processing, machine learning and human-robot interaction. I am currently serving on the Management Board of the Association for the Advancement of Affective Computing and the Steering Committee of IEEE Transactions on Affective Computing. I’m also involved as PI and Co-I in several projects funded by the Engineering and Physical Sciences Research Council UK and the British Council.

You can learn more about Hatice and her work here.

I started a degree in English philology at the university in my home town in Poland when I was 16 and spent my second year at Keele University. By then, the scientific interests of my childhood had been reignited and 18 months later I abandoned my English degree and started a one in mathematics at Oxford.

Originally, I chose mathematics as it was my most likely route into Oxford, but within a few weeks I became sure that this really was what I wanted to study, and I have never looked back. As an undergraduate, I had been interested in probability, but there were few people working in that area at Oxford, and I began research in discrete mathematics. Following an interdisciplinary workshop in Warwick, I started working on some probabilistic problems originating in computer science. The next year, an exciting lecture on telecommunication networks by Frank Kelly reaffirmed my interest in probability.

One of my aims is the rigorous study of models of random networks originating in computer science, statistical physics and biology. I have been working extensively on Markov chains, and random graphs, topics on the border between discrete mathematics and probability. These days, I am especially interested in Markov chain models representing the spread of epidemics through networks of contacts, and how populations evolve through time.

You can learn more about Malwina and her work here.

I am an EPSRC Career Acceleration Fellow and a lecturer in EECS. Prior to that I did postdoctoral research in Oxford, Paris, and Southampton. I did my undergraduate and masters degrees at Sharif University in Iran. My general interest lies in abstract mathematical structures and their applications to reasoning about scenarios beneficial to real life and people. For the past few years, I have been working on mathematical models of natural language and their empirical validations.

The models I work on are context-based, this means that they are based on the idea that words that often appear in similar contexts have similar meanings, so dog and cat have similar meanings because they have both appeared in context such as pet, fed, stroke, etc. This idea has been successfully implemented on language tasks based on the similarity of words, like thesaurus construction. I have been working on extending these models from words to sentences. A challenge here is to compositionally combine contexts of individual words, keeping in mind that the meaning of a sentence does indeed depend on the collection of meanings of its words, but at the same time also on the grammatical structure of the sentence and the relationships between the meanings of the words. I have been working on formalising these relationships in linear algebra. We then gather lots and lots of data from the corpora of texts and build real vector spaces and experiment with the empirical ramification of the maths.

You can learn more about Mehrnoosh and her work here.

In 2009 I completed a masters degree in Biochemistry at the University of Bath. During this time I worked in research laboratories at Bath, University College London and the University of Illinois on a broad range of topics which inspired me to pursue a career in academic research.  After graduating I came to the School of Engineering and Materials Science QMUL where I completed a PhD. I worked with Professor Martin Knight investigating the effects of biochemical and biophysical stimuli on primary cilia structure and function in articular chondrocytes.

Since graduating I have continued to work within the field of primary cilia biology as a post-doctoral research associate. My research is currently focussed on cartilage disease, particularly the chronic degradative condition osteoarthritis (OA) and aims to utilise the primary cilium as a novel therapeutic target. The primary cilium is a microtubule based organelle which functions as a hub for numerous signalling pathways that have been implicated in the development of OA. Our aim is to influence these signalling pathways through the manipulation of primary cilia structure in order to prevent cartilage destruction and the loss of joint function that occur with OA progression.

You can learn more about Clare and her work here.

Ada Lovelace wrote the first algorithm for use on a computer and is generally considered the first ever computer programmer. To learn more about her and the day named after her visit the Ada Lovelace Day website.