Animal welfare could be improved by new understanding of their emotions

A new study from researchers at Queen Mary University of London looking at how goats express subtle positive emotions could lead to greater understanding of animal welfare. 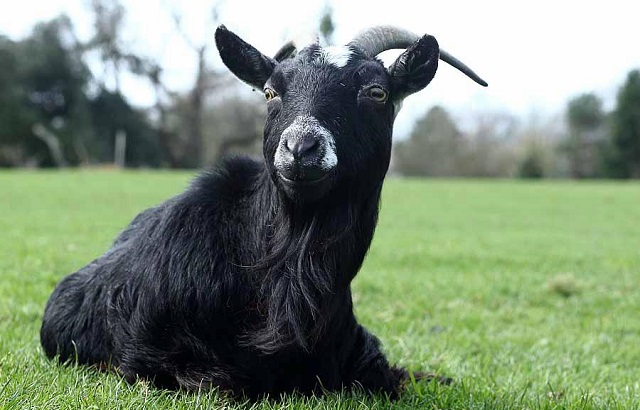 While there has been a great deal of research into negative emotions and stress in animals it is often hard for those who work with animals to know when they are in more subtle positive states.

Dr Alan McElligott and Dr Elodie Briefer, working from QMUL with goats at Buttercups Sanctuary for Goats, carried out the first research, published today (Wednesday) in the journal Animal Behaviour. The study looked to build a complete picture of physiological, behavioural and vocal indicators of emotion to understand how goats express emotions during mildly positive or negative situations.

They found that goats were more likely to point their ears forward and keep their tail up when they were in a positive state, as well as producing more stable calls (i.e. less varied in frequency).
Given an increasing desire among consumers to ensure that farm animals have the best possible welfare, the research could pave the way for changes in how animals are looked after.

Explaining the motivation behind the research, Dr Alan McElligott said:

“It is often relatively easy to identify negative emotions in animals but we know little about how they show that they are experiencing positive states. Subtle hints from goats like small changes in their  calls, their heart rate or the position of their ears tell us about what state it is in and could indicate whether their environment is good for their welfare or not.”

“In this study, we were able to identify not only indicators of emotional arousal, but also whether emotions were positive or negative. Such indicators are important for the welfare of the animals, because they tell us when the animals are experiencing a negative versus a positive emotion, and we can thus adapt the environment to avoid negative emotions and promote positive ones.”