William Hague's plans could be highly contentious, but it's time to address the English question 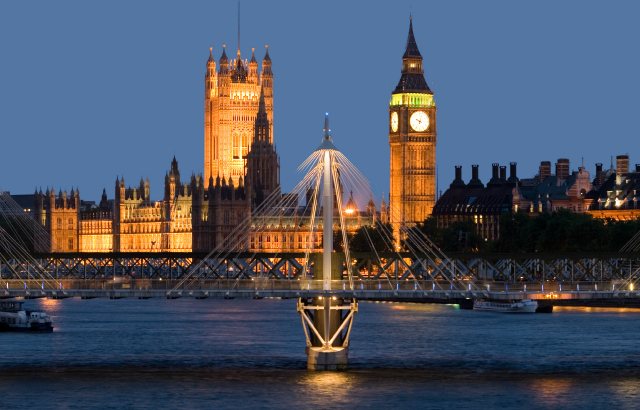 The publication of four different proposals for English votes for English Laws (EVEL) by the Cabinet Committee chaired by William Hague will come to be seen as the moment when the English Question moved out of the shadows and into the limelight of British politics. Labour’s recent shift of tone and position on EVEL means that all of the main parties at Westminster are now, in principle, willing to debate reforms to the Commons over legislation that affects England alone.

But, as constitutional experts have long argued, answering the West Lothian question without inflaming territorial differences is a far harder enterprise than it looks – essentially because it is still very hard to disentangle UK-wide legislation and administration from that affecting England.

And, while the passing of a suite of new powers to Scotland has created a much stronger political imperative to "do something" about England – especially among English MPs anxiously watching Ukip’s embrace of English nationalism – giving more domestic and tax powers to Scotland does not end its significant dependency upon Treasury funding. This funding will still be allocated according to the Barnett formula – which grants the Scottish population more funding per head than the peoples of England and Wales. Equally, the Scots will still be subject to a significant number of UK-wide taxes.

Moreover, when it comes to considering EVEL, a huge amount turns on the vital question buried beneath the Hague proposals: how will English-only legislation be defined? The vast majority of Bills that are passed in parliament have a range of direct and indirect implications for different parts of the UK, and so are unlikely to fall under the remit of an English-only procedure.

There is then a good chance that EVEL, especially in the "hard" forms that Hague sets out – which might involve restricting non-English MPs from voting on clauses of Bills, or preventing Scots from voting on the UK budget – may turn into a highly contentious sledgehammer designed to crack only the occasional nut.

Nevertheless, the Westminster orthodoxy which has long stipulated that the English question is one that should be neither posed nor answered, is no longer a safe haven for defenders of the Union. West Lothian has become a proxy for the question of English devolution, and now carries immense symbolic resonance. Left unaddressed, there is every chance that it will become a source of nationalist disaffection and grievance. And there is – as some constitutional conservatives have long argued – an increasingly compelling, precautionary case for reform.

Labour’s particular fears about the consequences of its introduction are greatly exaggerated. Were it to form, or be part of, a government made up of different parties in the next parliament, it is possible that Labour might, on some occasions, have to refine its legislative programme in the face of English opinion in the Commons. But what exactly is the democratic argument against it – or any other, UK government – having to do exactly that?

And yet, lost beneath the partisan war of words on EVEL, there is a more positive, pro-democratic and pro-Union case too which needs to be aired.

One of the fundamental constitutional challenges facing the UK arises from the asymmetric manner in which its nations are governed, and both the devolution reforms introduced by Labour in 1999, and, latterly, the fall-out from the Scottish referendum, have accentuated this lack of balance.

There is a growing need for reforms to shape the way in which the UK is governed, which re-establish equilibrium – between the nations, territories and regions – and which also, crucially, express the double identity that the majority of the UK’s citizens now feel – to their own growing sense of national community, on the one hand, and to the institutions, laws and burden-sharing associated with the wider polity on the other.

Just like the Scots, and increasingly the Welsh, the English are also developing a stronger sense of collective consciousness, and are becoming drawn towards the idea of greater self-government.

This shifting mood points towards a consideration of procedural protections for English interests in parliament and greater decentralisation within England. EVEL is certainly not, on its own, going to unlock and express these energies and trends. But, in its more carefully calibrated forms, it would represent an important, symbolic change – offering the English a small, but valuable, sense of recognition within the Westminster system, and potentially ushering in a much broader process of constitutional reconfiguration across the UK.

Michael Kenny is Director of the Mile End Institute and Professor of Politics at Queen Mary University of London. He is an Associate Fellow of the Institute for Public Policy Research.