Why Labour should think culturally as well as economically about immigration

According to Professor Tim Bale, Ed Miliband can avoid a damaging split between his party's 'beer drinkers' and 'wine drinkers' on immigration - but he shouldn't rely solely on economic arguments. 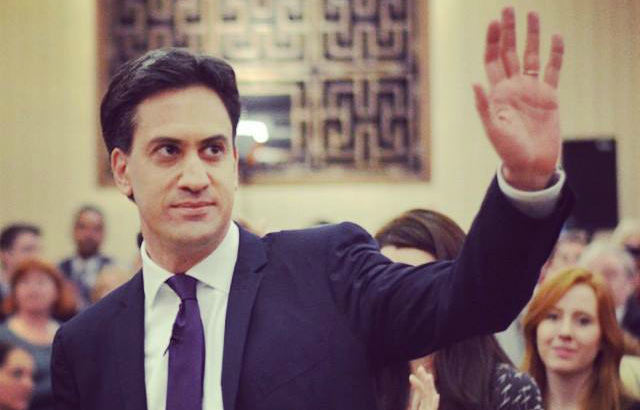 A couple of weeks ago, a report by academics at UCL made one of the strongest cases yet for the economic benefits of immigration to the UK – not for the first time. Report after report has come to broadly similar conclusions, albeit with the occasional (though contested) caveat concerning the impact on those in very low-paid, low-skilled jobs. Yet for all the influence they’ve had on voters – and indeed on most of the parties that claim to represent them – their authors may as well not have bothered.

Labour’s position on immigration is a case in point. As the evidence of the economic benefits mounts, the party has become increasingly ambivalent about the whole issue. Yesterday’s announcements by Yvette Cooper and Rachel Reeves are only the latest instalment in a long line of carefully calibrated interventions in which they, and of course Ed Miliband, have apologised for what happened under the last Labour government and promised tougher and tougher measures to put things right.

Their efforts may have escaped the notice of those Labour MPs who, in the wake of any election at which the party appears to have lost support to Ukip, rush onto the airwaves and into print to insist that the leadership do something. But it doesn’t make it any less true. Why, then, don’t voters seem to have noticed either? The answer – and indeed the reason why Labour is going to find neutralising immigration as an issue almost impossible in the run up to the general election – lies in the party’s continued insistence on giving an essentially economic answer to what for many voters is actually a cultural question.

Miliband’s big immigration speech at the start of the Rochester and Strood campaign was a classic example. Aside from the introduction of beefed-up border controls and English language requirements on those working in the public sector, the measures he proposed were all economic, covering the exploitation, recruitment and training of workers and restrictions on eligibility for benefits.

That this is the case should come as no real surprise. It may well be true that the Labour party "owes more to Methodism than to Marxism" but, like all socialist and social democratic parties, its view of the world is essentially economistic. As a result, unhappiness about immigration and the associated rise of the populist radical right tends, whatever academic research says to the contrary, to be seen as fundamentally driven by, say, labour market dislocation or pressures on public services.

If anything, the tendency to do that is stronger than ever now that it’s become virtually taboo among politicians of all parties to suggest that some of their voters are racially prejudiced or even simply xenophobic – something that their predecessors in, say, the Sixties and Seventies, were far more comfortable admitting and far more determined to do something about.

There are Labour people who have pointed to the need to take a more three-dimensional approach to the subject – one which requires Labour to do more to think about how it might tackle the sense of dispossession, dislocation and displacement associated with decades of immigration. Maurice Glasman is one example. John Denham is another, even if, in calling for the party to reassess its seemingly reflex support for the principle (and therefore the practical consequences) of free movement, his prescription is as much economic as it is cultural.

But they are, at present anyway, seen, if not as mavericks, then as on the fringes of a difficult debate that the party would rather not have – a debate between what in some continental social democratic parties are called the "beer drinkers" (concerned with maintaining the party’s appeal to the white working class) and the "wine drinkers" (who believe the future is liberal, not regressive).

This is a pity. For one thing, failing to acknowledge that the party’s more discerning beer drinkers like Glasman and Denham are saying something worth listening to will leave the field open to the lager louts – the rent-a-quote Labour MPs who talk a lot but don’t really have much to say.

For another, thinking more culturally as well as economically about immigration may mean that – in the long term at least – Labour finds a better way to address voters’ concerns than simply introducing measures that, even if they don’t prove futile or even counterproductive, few voters seem willing to believe will ever be implemented. That voters don’t trust the Tories either is something to hold on to, but it is also pretty cold comfort.