We are all sweet enough; it’s time for less sugar now

Katharine Jenner, Lecturer in Nutrition and Public Health at QMUL, asks - should we be eating sugar at all? 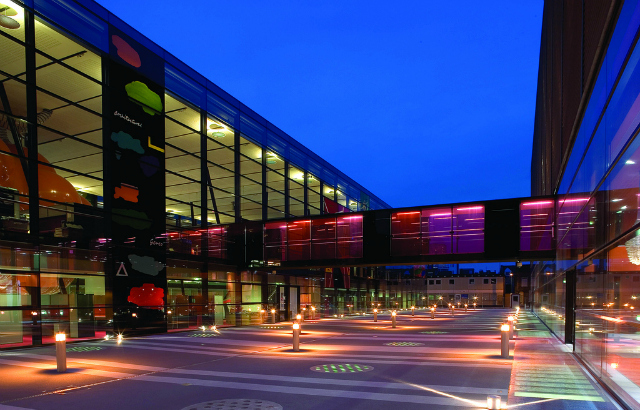 A gold standard of evidence in nutritional science is notoriously hard to achieve. Calls for double blind trials of free sugars, or systematic reviews on intakes are often used as delaying tactics favoured by organisations that are backed, openly and surreptitiously, by the food industry. It is very difficult to keep people on different diets for the long periods of time needed to collect data, and the numbers of people needed to show a significant difference in outcome are great and costly.

Given the acceptance that sugar intake is the only cause of tooth decay, the usual caveats relating potentially to ‘unknown causes’ do not apply, because there is no other mechanism for inducing decay. Therefore we can make strong evidence-based recommendations without fear of repercussion from the naysayers. Sugar has a uniquely damaging effect on teeth.

Using data from different societies with different dietary intake over time, Sheiham and James remind us in their BMC Public Health article that sugars are recognised as by far the most important dietary factor in the development of tooth decay. They point to a clear understanding of the biology of the process of enamel dissolution, induced by acid fermented products, of sugars by the action of bacteria.

Sheiham and James have demonstrated that there is a continuous benefit of reducing free sugars, not just in children, but in adults too, as the percentage energy from sugars decreases to less than three per cent of energy intake, even when fluoride is widely used. Based on meticulously collected data – including a study from Japan where each tooth was examined separately at yearly intervals in each individual – it shows a clear dose response, a curvilinear relationship such that total energy intake increases as the percentage of energy from sugars increases.

This reappraisal comes at a vital time of recommendation setting, when sugar couldn’t be higher on the public and political agenda, and when new UK recommendations are being considered by the Scientific Advisory Committee on Nutrition (SACN). Their draft report recommended a population average target of five per cent of energy intake from free sugars, and an individual maximum of 10 per cent.

As a public health target for individuals, a zero per cent of energy intake target would be the only conceivable way that intakes could be lower than five per cent of energy intake, which, according to this article, would have the best benefit on dental health. Perhaps the SACN should have considered the original WHO 797 report on sugars, which set the lowest limit at zero per cent free sugars on the grounds that it is a totally unnecessary dietary ingredient*. I certainly hope SACN will listen to Sheiham and James now.

A new and radical way of thinking is called for in this article, and maybe we should start again with the fundamentals: the question is not ‘how much less sugar should we be eating?’, to which the usual confounding elements of nutritional studies allow for weak recommendations, but ‘why should we be eating any at all?’

To which the BMC Public Health article proposes that ‘none at all’ would be much healthier for our teeth, before generously suggesting a pragmatic target of less than three to five per cent of energy intake. Action on Sugar submitted a response to the Scientific Advisory Committee on Nutrition Carbohydrates and Health report to that effect.

The widespread availability of sugars leads to much toothache and suffering not just in children but in adults too. We need to dramatically reduce sugar in our diet. Average consumption of free sugars as a percentage of total energy intakes according to the National Diet and Nutrition Survey (NDNS) thus appears to range from 11.2 per cent among adults to 15.4 per cent in teenagers – that’s around 20 teaspoons of sugars a day – five times the amount recommended in this paper.

Tooth decay, caused by sugars, is one of the most universal and costly health problems, yet is often overlooked. The World Health Organisation estimates that oral diseases are the fourth most expensive diseases to treat in most industrialized countries.

We are all ‘sweet enough, we need serious action on sugar now.

Katharine Jenner is a Lecturer in Nutrition and Public Health at Queen Mary University of London. She is a registered Public Health Nutritionist and the Campaign Director of Action on Sugar, a new campaign group concerned with the effects of sugar on our diet, and of Consensus Action on Salt and Health; who have already been successful in reducing the UK’s salt intake and are expanding worldwide. Katharine is also Chief Executive of Blood Pressure UK, Chair of the Better Hospital Food campaign.

*(Disclaimer: Professor Sheiham authored the expert report on dental caries and Professor James was Chair of the Expert Technical Consultation)