UN managerialism should not stifle the voices of the poor

Dr Clive Gabay, Senior Lecturer in politics at Queen Mary University of London, looks ahead to the expiration of the Millennium Development goals and asks if we're destined to repeat the same mistakes. 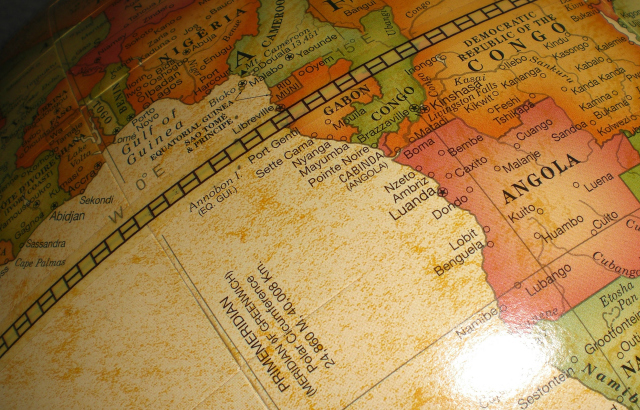 Once hailed as “the world’s biggest promise”, the Millennium Development Goals, a 14-year-old series of commitments made by governments to tackle global poverty, will expire at the end of 2014. There is much debate and very little consensus as to whether the original goals have met their much-vaunted potential.

Set in 2000, the Millennium Development Goals were preceded by the Millennium Declaration, a commitment – signed at the largest ever gathering of world leaders – to ensure equality and inclusiveness as a counter-measure to the burgeoning and unequal effects of neoliberal globalisation.

Despite a chaotic birth, the declaration was very much a product of its time: ambitious in scope, hopeful in its vision for the future, and fundamentally optimistic.

The goals that followed, on the other hand, were seen as an effort by Western donors to impose order on the declaration. The emergence of these goals – in contrast to the formation of the declaration – was symbolised by a closed door, behind which the debate was dominated by the world’s largest aid donors.

As such, the goals were a curious mix of the energy and optimism that infected the Millennium Declaration, and the hard-nosed, statistics-driven and technocratic development agendas which characterised western policy in the 1990s.

This blend of idealism and conservatism led to accusations that the goals were, at best, lacking in vision and ambition, or at worst, a purposeful embrace of a narrow, neoliberal vision of development.

Will the new set of goals be any different?

On the surface at least, the current consultation appears to be far broader and deeper than the process that shaped the original goals. For starters, ordinary people living all over the globe have been invited to offer their ideas on how to make the world better.

High-profile consultation exercises include the World We Want campaign, which has featured face-to-face and online discussions about what the next goals should look like. The campaign has already generated a huge amount of qualitative material about what people living in poverty want from development. Another initiative is MyWorld 2015, an online and text message survey in which more than three million people have taken part.

And yet, both of these are United Nations projects run by UN staff. This is not to malign the UN which, despite a sometimes dysfunctional political and security apparatus also includes a diverse range of perspectives on development and global justice. Rather, it shows just how managed the process has been.

For the most part, the consultation exercises have taken place at a distance from those setting the new agenda – governments and their representatives. As a result, those who will be making the decisions about the next set of goals will do so based on a worryingly narrow version of what people are saying about justice, poverty and what constitutes a decent life.

The remoteness of the consultation processes is underlined by the relatively small number of civil society organisations that were able to attend the four consultation meetings on the post-2015 agenda, held by Ban Ki Moon’s High-Level Panel of Eminent Persons.

Even among those lucky few who made it to the table, reports from the London meeting reflected a high level of frustration and disillusionment. The conveners allocated a mere two hours for NGOs to make their varied, and complex, cases. At the Bali meeting, more than 433 civil society groups applied for funded places (few had budgets to cover their own costs), but just 50 were granted. These are not the features of a genuinely consultative process.

That these consultations were set up around a number of pre-ordained framing questions further illustrates the reductive and very managed nature of the process. It is disappointing but not surprising that the results are likely to frustrate and underwhelm those who have made an effort to have their voice heard.

Managerialism and the tendency to reduce the hopes, fears and lives of real people into technocratic lists and framing questions is a deeply familiar feature of global development.

In an effort to achieve an agenda which the most powerful – and those with the most to lose from a globally equitable settlement – will support, development becomes both highly ideological and highly simplistic.

Let’s take one example. In the World we Want’s Million Voices report, contributors expressed a desire to walk about the quality of growth – that is inclusive, fair and sustainable, in place of growth for growth’s sake.

Such a vision is, by its very nature, complex and hard to measure. The great danger in the context of how this consultation is progressing, is that it will simply be lost; labelled as “too intangible” in a framework which is desperately seeking a “data revolution” as a way to meaningfully measure progress.

While there is still time, it sadly looks as though the post-2015 consultation will repeat many of the failures of 14 years ago. A process which places the people it purports to represent at a safe and manageable distance, is unlikely to deliver on either its well-founded aims or worthy objectives, therefore rendering it incapable of taking account of what living a good life actually means for most of us.

Dr Clive Gabay is a Senior Lecturer in politics at QMUL's School of Politics and International Relations. In 2014, he published a co-edited book called called Critical Perspectives on African Politics: Liberal Interventions, State Building and Civil Society. He is also writing a book for Lexington due in 2015 on development and democracy in post-Cold War Malawi.