Dr Sarah Wolff explains how, with presidential and legislative elections on the horizon, and mounting geopolitical chaos and insecurity, Tunisia feels that Europe and America is “leaving it in the lurch” at a critical time. 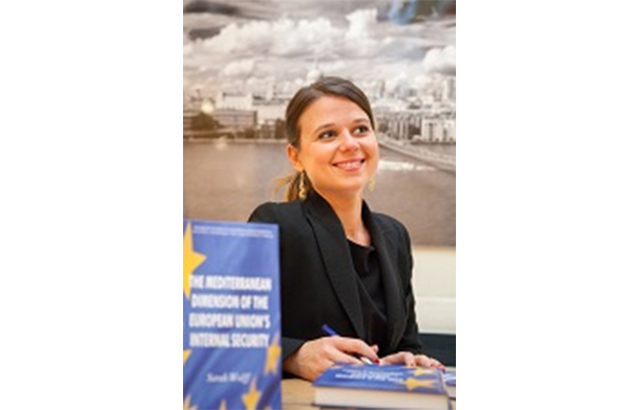 Tunisia did it all. It resisted the call of Islamists to turn to Sharia as a basis for legislating. It adopted a progressive constitution which includes the principle of equality between women and men.

Unlike its neighbors, it avoided political chaos when the Islamist party Ennahda stepped down from government following the assassinations of left-wings politicians Chokri Belaid and Mohamed Brahmi. A pragmatic national dialogue headed by the main Tunisian labour union, the business and professional lobby, the Tunisia League for the Defense of Human Rights, and the Lawyers Guild was forged.

Not all is rosy, however. This bustling laboratory for Arab democratic transitions has reached a deadlock. The present technocratic government has limited means to tackle deep political, economic and security challenges. This autumn’s elections are a litmus test case for the country’s political elites.

The country’s constitution is the result of a pragmatic yet fragile compromise amongst the different political parties. Even though Ennahda announced it won’t run in the presidential election, it is a major political force for the upcoming legislative election. But it also needs to deal with its own internal contradictions- some factions are contesting the historical compromise on the absence of reference to the Sharia in the constitution. It has been accused of wooing the Salafists, who remain an important force.

Dialogue has been at the core of Tunisia’s democratic transition and is facilitated by coalitional politics. Yet this political system can lead to “cohabitation” between a president and a prime minister from two different parties and no political majority in parliament.

Trust between the old guard and a new generation of politicians is flimsy, as the debate on the draft Article 167 of the new law on the elections demonstrated. This article, rejected in the end, would have made members of the Rassemblement Constitutionel Démocratique (the party of former president Zine El Abidine Ben Ali), as well as officials who had responsibilities within the government of the old regime, ineligible.

Trust also needs to be consolidated across generations. The deep social issues confronting Tunisian youth have worsened. Youth unemployment has reached 30% and the generational gap is widening. In a recent poll by conducted by the International Republican Institute, 58% of Tunisians described the June 2014 economic situation in Tunisia as ‘very bad’, against 20% only in March 2011.

Stress amongst the youth is leading to higher drug consumption, made available through porous borders and trafficking. The Jasmine Revolution generation is left with the dramatic prospect of becoming a those young people who risk their lives crossing the Mediterranean Sea, accepting the risk of dying in hopes of finding a better life in Europe.

Those who do not cross the Mediterranean might choose to fight in Syria. 2,400 Tunisians went to combat in Syria, and around 80% of them are fighting for ISIS. Their return to Tunisia will pose a huge challenge to security forces and society.

President Marzouki has legitimately urged the US to sell Tunisia Black Hawk helicopters and other equipment to fight Ansar al-Sharia Tunisia, affiliated with al-Qaeda. To pursue counter-terrorism activities in the respect of the rule of law, however, Tunisia needs an independent judiciary and a reformed police, as well as a new counter-terrorism law.

The 2003 anti-terrorist law that was in place to muzzle Ben Ali’s opposition is still the present legal basis. Even though a new draft law is under discussion in the National Constituent Assembly, Human Rights Watch warns that it could be used to restrict the freedom of the press or assembly.

Europe and America have supported Tunisia’s transition. Under the formula of "more for more” and “less for less", the EU rewarded Tunisia with €390 million. Most of the aid focuses on employment and boosting the economy as well as the reform of the judiciary.

The EU has pragmatically engaged with the troika (the coalition government formed by Ennahda, the secular Congress for the Republic, the socio-democrat Ettakatol and the liberal Progressive Democratic Party) and the current government through a joint EU-Tunisia Task Force where it identified the main priorities and established the basis of a dialogue.

The United States has allocated $450 million to Tunisia since 2011 and initiated a strategic dialogue in April 2014.

Reestablishing the state in Libya, addressing the deep migratory and refugee crisis in the region, and sorting out the Syrian chaos are important steps to provide Tunisia with secure regional geopolitics. Arm sales won’t alone secure Tunisia’s transition. Much more needs to be done.

The mounting social and security risks should prompt the West to engage with all segments of Tunisian society to thwart the rise of sectarianism and polarization, looming in the rest of the Middle East and North Africa.

Implementing the constitution, building key institutions such as the Constitutional Court, securing the independence of the judiciary, reforming the security sector, building the capacities of political parties, but, above all, boosting the economy and creating jobs are crucial steps that will underpin the terms of a new social contract for Tunisia.

Accelerating the negotiations on the Deep and Comprehensive Trade Agreement with the EU, starting negotiations on a US-Tunisia Free Trade Agreement, while helping to reform the labor market, would reassure investors and support the transition. Transitional aid and expertise respectful of the domestic political system is needed.

Only then will we make sure that Tunisia’s exemplary road to democracy is a long-lasting effort and not only a blip in history.

This would also be a win-win situation for American and European interests, making good on the promise of Barack Obama’s 2011 Cairo speech as well as the EU’s 2011 renewed Partnership for Democracy and Shared Prosperity with the Southern Mediterranean.

The full version of this postappeared on Open Democracy on 16 September 2014.