More than a third of Conservative Party members are seriously considering voting for UKIP at the upcoming European elections.  What’s driving them is not just hostility to immigration and the EU, but their feelings about David Cameron, finds research from Queen Mary University of London and the University of Sussex. 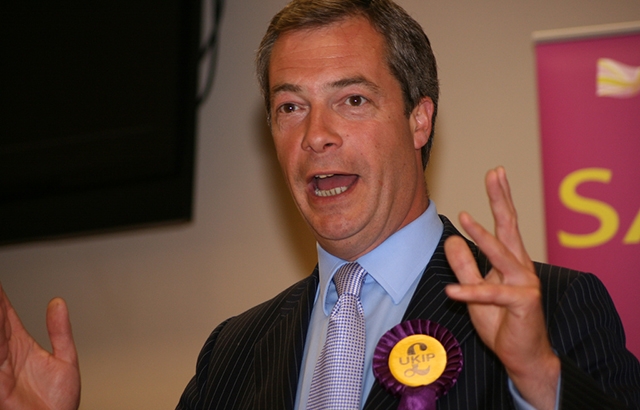 If UKIP manages to double the 3.1 per cent vote share it achieved in 2010, then the Conservatives - one of the world’s oldest, and most successful, political parties – are going to find it very difficult to win a majority in 2015.

Co- author Professor Tim Bale, from Queen Mary’s School of Politics and International Relations, suggests the Tories’ trouble with UKIP may mirror the experience of centre-right parties across Europe, many of whom have found it difficult to fend off populist parties on their right flanks.

According to the study, it’s not just former Conservative voters who are tempted by UKIP – it’s the party’s members, too, especially those who see David Cameron as far more liberal and centrist than they are.

Interestingly, the research found that those grassroots Tories most tempted by UKIP actually lean a little more to the left than many of their fellow members when it comes to the economy and public services.  Culturally and socially, though, they are significantly more conservative.

“Members may be more ideological than most voters; but if they don’t feel they’re getting what they want from leaders who they can’t identify with, then – just like more and more voters these days – they prepared to take a punt on what they see as a more attractive alternative.

“This really challenges our assumptions about grassroots members in Britain and other countries. The common wisdom says that they’re a guaranteed source of votes for their party.  But it looks like a combination of policy concerns and ideological differences with their leader can trump their institutional loyalty,” explains Professor Bale.

Members defecting to UKIP – even those voting for, rather than joining the party – may erode the Conservatives’ resources in the form of party subscriptions or fewer members to drum up support among less committed supporters in the electorate.

“Voting for UKIP could be the first step on a road that sees some Tory members eventually joining Nigel Farage’s party.  That might provide UKIP with a stream of experienced activists who could boost its already effective insurgent campaign.  If that happens, the next general election is going to be very difficult indeed for David Cameron.”

’Why Do Tories Defect to UKIP? Conservative Party Members and the Temptations of the Populist Radical Right’, by Paul Webb (University of Sussex) and Tim Bale (Queen Mary University of London) and is published in the journal, Political Studies and is currently available free for download.