Sarkozy's return is bound to deepen divisions within the UMP

It’s 32 months until the French presidential elections in 2017 and former president Nicolas Sarkozy's return to centre stage promises to make French politics a lively affair in the meantime. 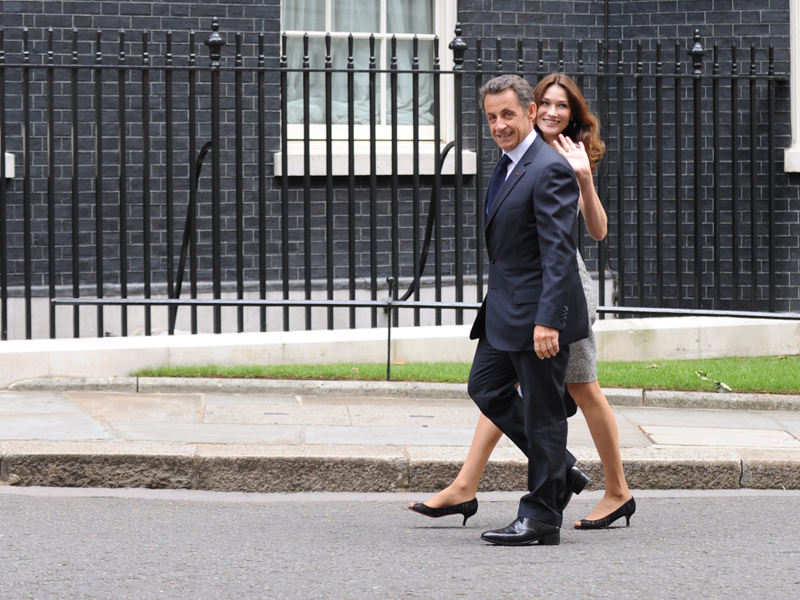 Sarkozy's return is bound to deepen divisions within the centre right Union pour un Mouvement Populaire (UMP),  thwarting its efforts to present a united front against populist National Front (FN) and offer a viable alternative to the Socialist government of François Hollande, now the most unpopular French president on record.

In Sunday's Senate election, the Socialists lost control of the upper house (elected mainly by local councils), having already lost in municipal elections last March and the European elections last May won by Marine Le Pen's FN. For the first time since its creation in 1972, her extreme right party has won representation in the senate with two seats. This underestimates the large number of local votes won by the FN which continues to cut into the UMP's grassroots support.

Le Pen is now gearing up for more gains in departmental elections in next March and regional elections later in the autumn. The last thing the UMP needs now is factional infighting over the party's leadership.

Sarkozy announced last week on his Facebook page that he will seek the UMP leadership election on 29 November. This is seen as a first step towards a presidential bid in 2017 although the UMP party leader doesn't systematically become the presidential candidate.

Two days later in an interview on prime-time television viewed by eight million people, Sarkozy tried to portray himself as a new, calmer and wiser man since his defeat in 2012 by François Hollande. He claimed to have had no choice but to re-enter politics in order to serve his political family and country and launch a new collective project fit for the 21st century. Last Thursday, at a UMP rally in the northern town of Lambersart near Lille, Sarkozy was cheered like a superstar by his supporters.

However, Sarkozy is still deeply unpopular among French voters who had voted against him in favour of Hollande in the 2012 presidential election. In a recent CSA poll, 60 per cent of respondents didn’t want Sarkozy to run in 2017. Last week, a BVA-Odoxa poll showed nearly 55 per cent of respondents didn't find him 'convincing' in his televised interview. Crucially, 67 per cent thought his political return was motivated by revenge rather than a true collective project for France.

Sarkozy's return is adding to internal pressures on the already fractured UMP. The UMP's disputed leadership election in November 2012 was narrowly won by Jean-François Copé against former Prime Minister François Fillon, which created bad blood inside the party. This was made worse last May when Copé was forced to resign as UMP chief over the Bygmalion campaign finance scandal incriminating his chef de cabinet Jérôme Lavrilleux who was deputy director of Sarkozy's 2012 election campaign.

Sarkozy fiercely maintains his innocence in this affair, which involved the issuing of false invoices to hide some of his re-election campaign spending. Sarkozy claims he had never heard of Bygmalion but the issue won’t go away.

So what are Sarkozy's motivations for returning to politics? He claims to want to 'reunite his political family' and create a 'credible alternative' that would go beyond outdated cleavages of left-right, green, etc. However, in his interview, he struggled to dissociate the forthcoming UMP leadership contest from the longer-term contest to select the right-of-centre presidential candidate for 2017.

On present form, Sarkozy's victory in the voting for the UMP leadership on 20 November (first round) seems inevitable. The other contenders are relatively unknown including former minister Bruno Le Maire and MP Hervé Mariton. Indeed, Mariton has already been asked to cancel an October party meeting in Tours to make room for Sarkozy. Candidates have until 30 October to confirm their candidacy. Sarkozy  has received Copé's backing while Fillon has ruled himself out but said he won’t support any of the candidates.

However, the selection in a primary election for the UMP candidate for the 2017 presidential race is a different matter and a long way off. If Sarkozy decides to run, he will face two former allies and prime ministers Alain Juppé, the mayor of Bordeaux, and François Fillon. Both have declared their intention to run in the primary to be held in 2016.

Juppé seems the only one capable of beating Sarkozy. Despite being out of parliament for 10 years, he is popular with the general public who see him as an old hand, a sort of vieux sage. In a recent IFPOP poll, 66 per cent said they had a favourable opinion of Juppé compared to 43 per cent for Sarkozy.

However, the former president is a lot more popular among UMP supporters and has a lot of stamina. Juppé is 69 and has hinted he wouldn’t seek a second term if he won the presidency in 2017. Still, he is closer to the moderate centrist party MoDem with whom an alliance might be instrumental in 2017 to combat the FN.

Françoise Boucek is a Lecturer in European Politics and Policy at the School of Politics and International Relations at Queen Mary University of London and an Associate of the LSE Public Policy Group. Her most recent book  Factional Politics: How Dominant Parties Implode or Stabilize (Palgrave Macmillan, 2012) is currently reviewed in Party Politics  (Sept 2014) and Japanese Journal of Political Science (June 2014)