Professor Peter Hennessy, renowned historian, journalist and academic, will deliver his valedictory lecture to a public audience at Queen Mary University of London on 7 October. 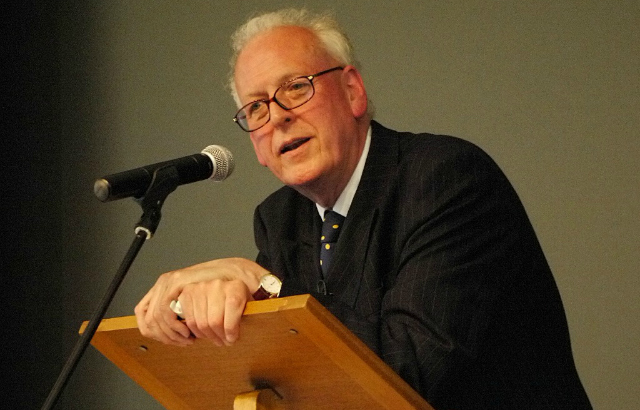 Professor Hennessy will explore the twin themes of Establishment and Meritocracy, subjects which have fascinated him since he first read Anthony Sampson’s Anatomies of Britain and Michael Young’s the Rise of the Meritocracy.

Peter is Attlee Professor of Contemporary British History at QMUL. Drawing on more than two decades’ experience of journalism and public affairs, he was instrumental in the development of QMUL as a centre for excellence in the study of modern British history.

Speaking in advance of the event, Professor Miri Rubin, Head of the School of History at Queen Mary University of London said:

“Peter is a colossus of political thought, an inspiring teacher and a wonderful colleague. His valedictory address provides an opportunity to reflect not just upon his exemplary career as a historian and a writer, but also on his outstanding contribution as an educator, a leader and trusted mentor at this university.”

Before joining QMUL, Peter was a journalist for 20 years, including as a leader writer and Whitehall correspondent with the Times, and as lobby correspondent for the Financial Times. He wrote a regular column for the Independent and was a frequent presenter of the BBC Radio 4 Analysis programme.

His journalism was defined by a fascination with ‘the hidden wiring of the constitution, and the power of the machinery of government’ in Britain. His transition to academia deepened this focus, and upon taking up his role at QMUL, his stated aim was to: “write the history of my own country, in my own times, for academic and public audiences alike.”

His analysis of post-war Britain, Never Again: Britain 1945–1951, won the Duff Cooper Prize in 1992 and the NCR Book Award in 1993. His study of Britain in the 1950s and the rise of Harold Macmillan, Having It So Good: Britain in the 1950s, won the 2007 Orwell Prize for political writing. In 2010, Peter was appointed as a non-political crossbench peer, taking the title of Baron Hennessy of Nympsfield. He continues to make regular contributions to the press, radio and television.